Maruti Chairman RC Bhargava said the auto industry's growth is entirely dependent on how well the other sectors of the economy perform.
By : PTI
| Updated on: 27 Aug 2020, 11:20 AM 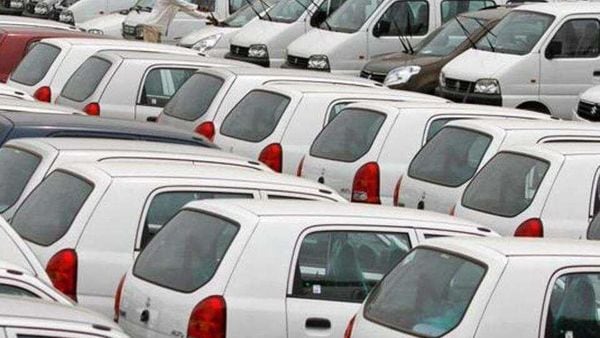 A worker adjusts the windscreen wipers of a parked car at a Maruti Suzuki stockyard. (File photo)

The coronavirus pandemic is creating a greater awareness among people in India that this is the time to make radical changes and take steps for faster growth of the manufacturing sector and the economy, Maruti Suzuki India Chairman R C Bhargava said on Wednesday.

Addressing shareholders at the company's annual general meeting, he said the key to grow the economy and create jobs is the growth of the manufacturing sector, which India has been attempting for the last 70 years without reaching the desired growth levels as it adopted the Soviet policies that did not deliver the results.

"In the last 5-6 years, many changes have been made by the government in policies, which are making conditions much more conducive to competitive manufacturing. To the best of my understanding and knowledge, the government is very aware of all other steps which are needed to ensure and bring about competitiveness of the Indian industry," Bhargava said.

Despite the implications of Covid-19, he said, "As I said the conditions looked hopeful; I believe the pandemic is creating a greater awareness among all the people in the country that this is the time to make radical changes in the way we do our work. This is the time when we should take steps which should lead to much faster growth of the economy, which means much faster growth of manufacturing."

Bhargava said the initial problem with manufacturing growth arose because "we adopted the Soviet policies or they were based on the Soviet policies of economic development. And at that time, these policies looked very attractive to a large part of the world and what we did was consistent to what a lot of people were advocating at that time". However, he said, "As time passed it was apparent that these policies were not delivering the results. The unfortunate part is that we didn't change with time. And we persisted with the same set of policies even though they were failing to deliver results."

Amongst these policies which lead to the non-competitiveness of the industry were the government's efforts to cross subsidise and bring about socialism, by making industry pay for various kinds of economic activities and infrastructure which was required both by the people of the country and by the industry, he lamented.

"This system of cross-subsidisation appeared very popular. It was really more of populist effort. But in result it led to the cost of production going up and that was one of the factors why we were not competitive because cost of production has to be as low as possible," Bhargava said. The private sector was initially curtailed, constrained and suspect, he said adding, "that has continued and the attitudes and management styles and behaviours and control of labour have all been developed during the period where the Soviet styles of policies were being implemented. And these are things which are not easily undone. These require lot of action to be taken".

On the future outlook, Bhargava said, "I have been frequently asked what is the likely prospect of this industry in the future. I am not in a position to answer that with any definite numbers or ideas what will happen." He further said, "But I would like to say that the growth of the automobile industry, particularly the car industry, is a very good indicator of the well-being of the people of a country, of the economic health of the nation and how well the country is growing in terms of providing different kinds of benefits to the citizens."

Bhargava, however, said the auto industry's growth is entirely dependent on how well the other sectors of the economy perform, how well the people at large prosper and how well the GDP increases. "It cannot be an independent island in the economy. We are part of the whole economy; we will grow as the whole grows," he said while mentioning that fortunately the government is very keen and taking many steps to boost the entire economy.