Home Auto News Covid 19: Carmakers And Unions In Talks Over Safety Rules To Reopen Us Plants

Covid-19: Carmakers and unions in talks over safety rules to reopen US plants

The United Auto Workers endorsed a plan to reopen the economy proposed by presumptive Democratic presidential nominee Joe Biden after the union was left off President Donald Trump’s task force on that topic.
By : Reuters
| Updated on: 21 Apr 2020, 08:35 AM 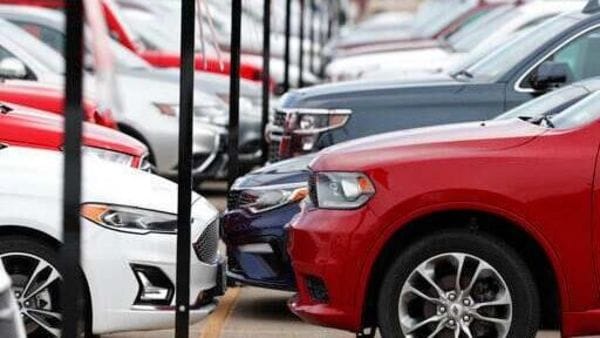 Detroit automakers all are aiming to restart at least some U.S. assembly plants in early May.

Detroit's automakers and the United Auto Workers (UAW) union are in talks about safely restarting U.S. production halted by the coronavirus pandemic, but local union leaders said on Monday any workers who feel sick must be allowed to self quarantine without losing pay.

So far, neither the union nor the automakers have announced a deal. But the Detroit automakers all are aiming to restart at least some U.S. assembly plants in early May. Virtually all U.S. automotive production ground to a halt in March as the number of Covid-19 infections grew rapidly.

The safety practices and sick leave policies the automakers and the UAW agree to would offer a template for auto suppliers and potentially other manufacturing industries.

UAW president Rory Gamble wrote on Friday the union has made it clear to the car companies that adequate testing for Covid-19 is key to restarting production and "we must create an environment where workers are comfortable to self-report symptoms and self-quarantine, without penalty."

Bernie Ricke, president of United Auto Workers Local 600, which represents workers Ford Motor Co's Dearborn, Michigan, pickup truck plant and at a number of auto suppliers, said automakers and suppliers have assured him they will allow self-quarantine without sanctions.

"They'll have a policy that if people aren’t feeling well they should just stay home," Ricke told Reuters. "That's the message I've got from all of them: They're going to protect people."

Automakers and the UAW said they were unable to comment on the negotiations.

(Also read: US carmakers move to shore up cash, Ford to restart some plants)

"Until they have enough to provide a clean, new mask every day for everybody, I would oppose any opening of the plant," Earl said.

A General Motors Co spokesman said the automaker was in discussions with the union on a wide range of issues to ensure worker safety. GM has begun producing protective equipment for distribution to hospitals and its own staff.

Bruce Baumhower, president of UAW Local 12, which represents around 11,000 workers, including about 6,000 at a Fiat Chrysler Automobiles NV Jeep plant in Toledo, said he was relying on the UAW's health and safety department to negotiate terms for reopening.

"The calendar is not going to have anything to do with when we start up," Baumhower said. "It's going to be when the conditions are safe."

Talks over restarting two Ford plants making SUVs and pickup trucks in Louisville, Kentucky, have included hanging welding curtains between workers who have to work less than six feet (1.83 m) apart and keeping them apart at break times, said Todd Dunn, president of UAW Local 862, which represents more than 12,000 hourly workers at the plants.

(Also read: May is crunch time for US auto suppliers amid coronavirus shutdown)

"It's a dynamic situation and it changes daily," Dunn said. "Each day we see a new plan."

Ford has targeted a May 4 restart for the pickup truck plant, but Dunn said "no one has signed off on that plan yet."

A Ford spokeswoman said the company will adapt practices from the plants it has opened to make ventilators, masks and face shields to help fight the pandemic.

Those measures include having workers pass through scanners to check their temperature, separating shifts to prevent workers from crowding together and cleaning plants between shifts.