From a survey of 871 drivers in the U.S., more than half are now “very concerned” about reduced earnings due to Coronavirus. 41% of the drivers said they have modified their driving strategy by reducing work hours and refusing airport rides.
By : Bloomberg
| Updated on: 09 Mar 2020, 10:04 AM 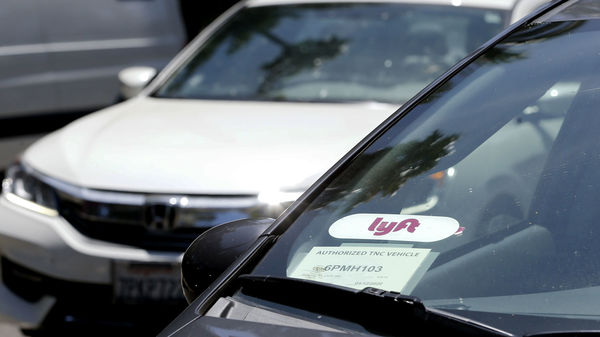 While Lyft Inc. and Uber Technologies Inc. have seen a bump in business from the spreading coronavirus, their drivers are weighing the risks of staying safe versus continuing to earn a paycheck.

A study published Friday shows that more than half of ride-hailing drivers said they were now “very concerned" about reduced earnings as a result of the virus and 41% said they’ve modified their driving strategy as a result. These changes include reducing hours, refusing airport rides and halting driving entirely. The survey of 871 drivers in the U.S. from March 1 to March 4 compared data with similar four-day periods in 2020 and was conducted by driver productivity app Gridwise.“They are doing what they have to do to continue earning," said Brandon Sellers, a product growth specialist at the Pittsburgh-based startup. About one-third of drivers are now wiping down their cars with disinfectant after every ride, using hand sanitizer and wearing a mask, he said. “The data is telling us that drivers are afraid."

The fear among drivers comes just as more passengers seem to be seeking rides or ordering food delivery in an effort to avoid crowds. But for those drivers willing to take the risk, wages increased 6% during the study period, according to Gridwise, due to fewer drivers competing for rides and more surge pricing, which increases prices during peak demand.

Lyft Chief Financial Officer Brian Roberts said Tuesday during a conference in San Francisco that the last week of February marked the highest amount of revenue and rides in the company’s eight-year history. He suggested concerns about the virus spreading actually sparked an increase in demand from users who normally take public transit.

During a separate conference the following day, Uber Chief Executive Officer Dara Khosrowshahi suggested an increase in food orders could offset what he acknowledged was a modest, but non-material dip, in airport rides. He reiterated last month’s pledge that Uber would be profitable by year’s end, adding that he was “more confident" now than before fears of the virus had taken hold.

The Gridwise survey also found that 18% of drivers second-guessed whether or not they would pick up passengers of “Chinese or other descent."

The situation remains fluid. New reports of outbreaks and government responses, from California’s declared state of emergency and lockdowns in parts of Washington state, could change rider and driver behavior.

Uber and Lyft flagged the virus as a risk factor in their annual filings with the Securities and Exchange Commission. Lyft noted it had already disrupted supply chains for producing bikes and electric scooters, while Uber said the fear of such a pandemic could have an impact. On Thursday, Lyft became the latest company with a confirmed case of the virus at its corporate headquarters in San Francisco. The company closed the office for deep cleaning and ordered employees to work from home for a week.