An agreement was reached after talks on Tuesday that will allow the automakers to keep building profitable models such as Ford's F-150 pickup, Fiat Chrysler's Jeep Wrangler and GM's Cadillac Escalade at a reduced pace.
By : Reuters
| Updated on: 18 Mar 2020, 08:19 AM 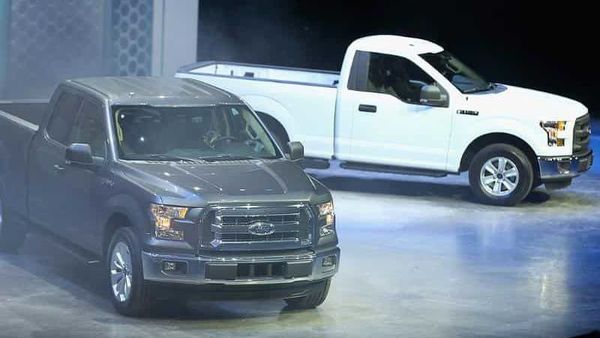 The Detroit Three automakers and United Auto Workers agreed on Tuesday to curtail production at U.S. factories and limit the number of workers on the job at one time to prevent the spread of the coronavirus among roughly 150,000 factory employees.

The agreement came hours after UAW President Rory Gamble went public with his dissatisfaction with how General Motors Co, Ford Motor Co and Fiat Chrysler Automobiles NV had responded to his proposal on Sunday that the companies stop production in the face of the coronavirus threat.

Gamble warned he would take unilateral action if the automakers did not do more to secure hourly workers on factory floors.

The tension between the UAW and the Detroit automakers highlighted a divide in the U.S. labor force that extends well beyond the auto industry.

The automakers have allowed salaried employees whose tools are design software and spreadsheets to work from home to reduce their risks of exposure. But the companies had required factory workers whose hands assemble the vehicles to come work in buildings where thousands labor side by side, and congregate in break areas and cafeterias.

Gamble had told the automakers on Sunday that they should shut U.S. factories for two weeks, and made that position public early Tuesday.

The compromise is less costly than a full shutdown that would have forced the automakers to forego billions in revenue during the current quarter.

U.S. vehicle sales are likely to slow as consumers are urged, or forced, to stay home in many states. Slowing production could avoid building up inventories of vehicles that would have to be discounted later.

Ford said on Tuesday it had to temporarily stop production of sport utility vehicles at a plant in Chicago because of parts shortages.

The UAW said the automakers also agreed to "work with us in Washington, D.C., on behalf of our members as we manage the disruption in the industry."

The union's statement did not elaborate on what it wants from the U.S. government, but a parade of industries is forming in the capital seeking assistance as coronavirus lockdowns threaten the economy.

Separately, GM and Ford disclosed Tuesday that they each have had one employee, both working at U.S. engineering centers, test positive for coronavirus. They marked the first confirmed cases of coronavirus among the automakers' U.S. employees.

While GM said that its affected employee was based at its Michigan technical center, the UAW separately said the GM worker was a member of the union.

GM said its medical team was working to speak with co-workers who may have had direct contact with the infected employee, and they will be told to self-quarantine for 14 days.

GM officials learned the employee had tested positive for the highly contagious COVID-19 respiratory illness on Monday, after the company had issued an order that salaried employees should work from home. Access to the building where the employee worked was restricted, and the building was cleaned, GM spokesman Jim Cain said Tuesday.

At Ford, the company said an employee working at a product development office in Dearborn, Michigan, was exposed to coronavirus after leaving work several days ago, and was diagnosed before returning to work.

"This person wasn't at the workplace at that building or any other facility," Ford spokesman T.R. Reid said Tuesday.