The Chinese vehicle sales of Japan's top three automakers plunged by as much as 85% last month as demand in the world's top car market took a pummelling from the coronavirus outbreak.
By : Reuters
| Updated on: 17 Mar 2020, 09:41 AM 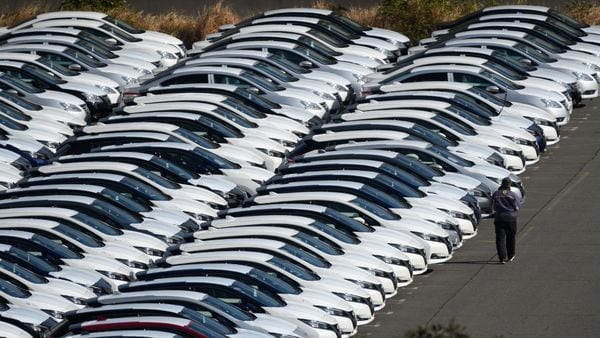 In the Chinese coastal province of Jiangsu, where supply chains have been shattered by the coronavirus outbreak, one auto supplier has already shifted production of parts for Mazda Motor Corp 13,000 kilometres away to central Mexico's Guanajuato State.

The bid to keep production lines moving comes at a high cost for Japan's auto industry, already squeezed by an expected downturn in consumer demand in markets such as the United States, China and Japan as the coronavirus crisis deepens.

To deal with a Chinese production shortage of a component used in the exterior trim of the Mazda3 and CX-30 models, the auto supplier cranked up output of the part at its Mexico plant by 50%, airlifting the products to Mazda's assembly line in Japan, a person at the supplier with direct knowledge of the matter told Reuters.

In total, the move has cost Mazda more than $5 million, the person said, citing extra shifts and air freight charges.

"Substitute production costs an arm and a leg," said the person, who spoke on condition of anonymity and asked Reuters not to identify the supplier or the part.

"But Mazda doesn't want to stop production and have asked us to keep our supply coming. They are taking on the expense."

A Mazda spokeswoman said the company was "assessing various countermeasures for swift recovery while minimising the impact on production at the same time".

Although Mexico provided a solution for the Mazda supplier, the country is itself bracing for a supply crunch, with local officials warning that disruptions to parts shipments from China could deal a blow to its own auto manufacturing industry.

Many Japanese suppliers also manufacture in the United States, Europe and Asia.

As one of Japan's smaller automakers, Mazda trails rivals Toyota Motor Corp and Nissan Motor Co in sales and production capacity. To keep costs down, it has for years focused on sharing as many parts as possible across its line-up.

Relatively low volumes and the standardised design and production model also give Mazda and its suppliers more flexibility when considering options for shifting production, one Mazda insider said.

Larger automakers, which require a higher volumes of parts and typically use a wider variety of components across their models, may, however, find themselves with fewer options.

SHIFTING AWAY FROM EPICENTRE

The Chinese vehicle sales of Japan's top three automakers plunged by as much as 85% last month as demand in the world's top car market took a pummelling from the virus outbreak, prompting China's automaking association to call on the government for tax cuts and other measures to support sales.

Meanwhile, output of LED headlights and tailights at Koito Manufacturing's plant in China's Hubei Province, the epicentre of the coronavirus outbreak, ground to a halt in February after the Chinese government ordered offices, schools and factories to close.

While partial operations resumed last week, the company, the world's biggest maker of automotive lighting and a supplier to Toyota, Nissan and others, is preparing to move some production elsewhere to fulfil export orders, a Koito spokeswoman said, adding it was discussing arrangements with clients.

"There are lamps that we make for vehicle models made in North America, Japan and China, which are fairly similar between those regions," she said, declining to give further details about its plans to shift production.

Time and cost concerns mean other suppliers will be less keen to follow the example of Koito and the Mazda supplier, despite expectations that it will take months for manufacturing output in China to return to normal.

Kasai Kogyo, which supplies Honda with interior door trim and roof parts, said it was looking at the possibility of shifting production from its Wuhan plant to one of the many plants it operates in North America, Europe, and Asia, but added that doing so would drive up costs and take months to organise.

The parts it produces are among the largest components used in cars, and are cast from dies, which can be model- and country-specific and difficult to transport because they can weigh hundreds of kilogrammes.

"Dies take months to produce, up to a year for bigger ones," personnel manager Yohei Shinoda told Reuters.

"So the process to shift production of a part from one plant to another isn't as easy as it may seem."