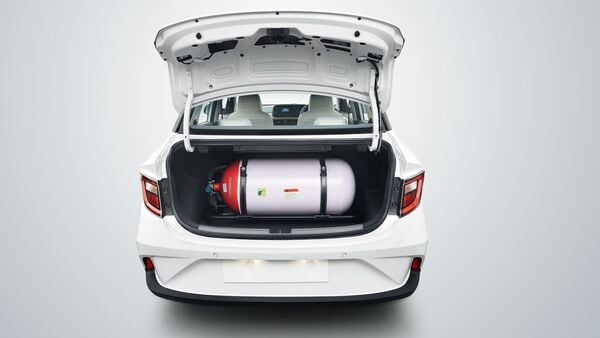 CNG prices have been hiked in Delhi by 80 paise on Friday, increasing it by ₹4 per kg in the last few days.

Driving around in CNG cars in Delhi NCR just got more expensive. CNG rates have been hiked once again on Friday by 80 paise per kg. According to information posted on the website of Indraprastha Gas Ltd (IGL), the new CNG rate in Delhi NCR will now be at ₹60.81 per kg.

CNG price in Delhi NCR has been hiked for the sixth time in last four weeks. With the latest increase, CNG price has gone up by around ₹4 per kg. Since January this year, CNG prices have gone up by about ₹8.50 per kg so far. The increase comes on the back of a surge in gas prices globally.

While CNG price in Delhi today stands at ₹60.81 per kg, the CNG rates in Noida, Greater Noida and Ghaziabad today is at ₹63.38 per kg. CNG price in Gurugram has been increased to ₹69.17 per kg, the most among Delhi NCR cities. The CNG price varies depending on local taxes such as VAT.

The increase in CNG price follows ₹7.20 per litre hike in petrol and diesel prices in less than two weeks. The oil companies began revising rates of petrol and diesel from March 22, ending a record 137-day hiatus.

The recent spate of CNG price hike will hit commuters hard. Already grappling with rising petrol and diesel prices, CNG cars have seen a steady rise which offers a less-polluting drive which goes easy on pocket. CNG is considered as a better fuel-efficient and cheaper fuel solution against petrol and diesel. As compared to petrol or diesel CNG is estimated to offer around 25 per cent extra mileage.

CNG cars has seen a significant rise in the past few months. Between April and November last year, there was a 56 percent rise in sales of CNG cars with 1,36,357 units sold during that period. While vehicle owners are focusing on getting the aftermarket CNG kits fitted to their vehicles, automakers too are launching passenger vehicles with factory-fitted CNG kits.