Pent-up demand might increase vehicle sales once semiconductors supplies allow automakers to crank up factory lines again, as per an economist.
By :
| Updated on: 01 Mar 2021, 03:08 PM 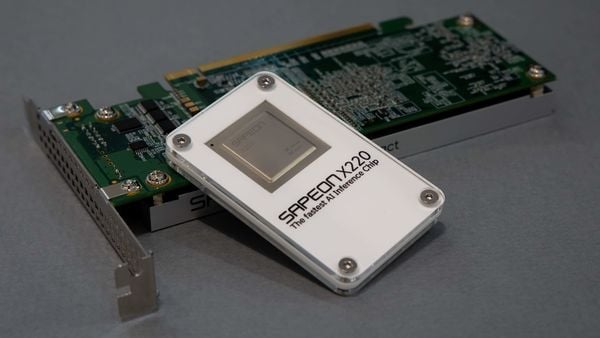 File photo of a semiconductor chip

Japan’s motor vehicle sales dropped in February for the first time in four months, in the latest sign of fallout from the global shortage of semiconductors.

Sales of cars, trucks and buses slid 2.2% from a year ago, the Japan Automobile Dealers Association reported Monday.

The sales drop is a byproduct of the worldwide chip shortage and could temporarily add to Japan’s issues just as its emerges from a two-month state of emergency set to be lifted in the Tokyo area late this week. Sliding consumption amid government calls for reduced hours at restaurants and bars is seen pushing the economy back into contraction this quarter.

“It’s a supply-side problem," he said, adding that he sees Japanese consumers continuing to buy roughly 5.2 million vehicles a year once the chip bottleneck eases.

In the meantime, last month’s earthquake off the coast of Fukushima could temporarily hit sales for Japan’s biggest automaker, Toyota Motor Corp. which had to interrupt some production due to the temblor, Miyamae said.