Electric-vehicle makers have been enjoying a surge in investor interest after strong share price gains this year by Tesla Inc. and NIO Inc. Li Auto.
By : Bloomberg
| Updated on: 23 Aug 2020, 09:06 AM 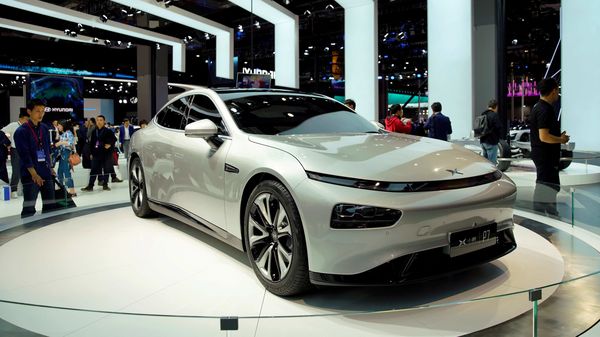 XPeng Inc., in a filing Friday with the US Securities and Exchange Commission, said it planned to sell 85 million American depositary shares for $11 to $13 each. Based on the shares listed in the filing, the company would have a market value of about $9.17 billion at the top of that range.

Electric-vehicle makers have been enjoying a surge in investor interest after strong share price gains this year by Tesla Inc. and NIO Inc. Li Auto, which increased the size of its US IPO, has since climbed 32% from its offer price.

Guangzhou-based XPeng closed its latest funding round for a total of $900 million, according to its filings. The Qatar Investment Authority put in $100 million while Abu Dhabi’s Mubadala invested another $100 million, the company said in the prospectus. Alibaba Group Holding Ltd. also contributed $215 million, boosting its investment in XPeng.

China is the world’s largest EV market, but also highly competitive. As public subsidies have been withdrawn, demand has fallen. A Tesla offensive to make cars locally has heaped more pressure on local players.

After years of developing cars and trying to boost their profiles globally, Chinese EV makers are now taking steps to go public as the virus pandemic and economic slowdown squeeze the market, boosting competition. Hozon New Energy Automobile Co. has said it would list in Shanghai as soon as next year. WM Motor Technology Co. is also weighing an initial stock sale in China as soon as this year, people familiar with the matter have said.

The offering is being led by Credit Suisse Group AG, JPMorgan Chase & Co. and Bank of America Corp. The company is planning to list its shares on the New York Stock Exchange under the symbol XPEV.