Nio has launched its first overseas store in Norway and plans to start selling cars in the country as it pushes to expand globally.
By : HT Auto Desk
| Updated on: 06 May 2021, 03:12 PM 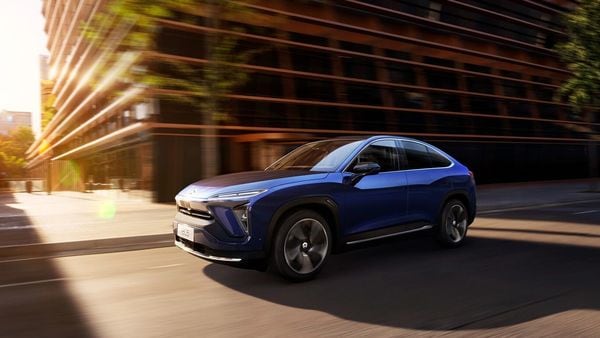 Chinese electric vehicle manufacturer Nio has officially launched its first store outside the home base today. Chasing its ambition to go global, Nio has announced that it has gone live in Norway, Europe from May 6.

Nio has launched a separate website for its Norwegian customers where people can research about its electric vehicles on offer. Nio has debuted ES8, its flagship electric SUV, as the first model in the country. ET7, the company's smart electric flagship sedan, will be the next to follow in 2022.

"From its founding, NIO's vision is to be a global brand with high-quality products and services to the users worldwide. Norway is a sustainable and innovative country and resonates with our vision," said William Li, founder, chairman, and CEO of NIO."

"Nio will bring its joyful lifestyle to local users by building a community starting with vehicles. We will all share joy and grow together," said Marius Hayler, general manager of NIO Norway.

One of the key reasons why Nio chose Norway as the first pit stop in its ambition to go global with its electric cars is that the country has been at the forefront of electric vehicle adoption for quite some time. Norway government has announced its goal to achieve the target of going all-electric by 2025. In 2020, all electric cars contributed a record 54% to the total car sales in this country. It also has 84.8% market share of plug-in cars, the largest anyw

Nio's first service and delivery centre is going to be located in the capital city of Oslo by September this year. Nio plans to open four more showrooms in Bergen, Stavanger, Trondheim, and Kristansand by next year. It also promises to offer mobile service and car pickup-and-delivery services to provide its customers a premium service experience in Norway.

Besides selling its electric cars, Nio is also working to beef up charging infrastructure in Norway. It will also bring its battery swapping system to the country by introducing its first four Nio Power Swap stations soon. By the end of 2022, Nio aims to set up battery swap stations connecting five major cities and freeways.