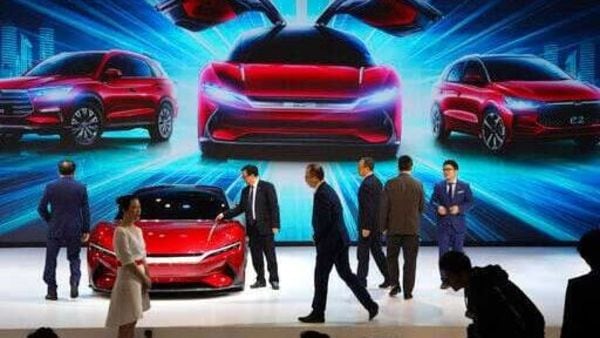 In this April 16, 2019, file photo, attendees take a close look at cars from BYD at the Auto Shanghai 2019 show in Shanghai.

Sales of the Shenzhen-based car company, which has partnerships with Japan's top automaker Toyota and German Daimler's partner in China, fell by 48% to 61,273 vehicles in the first quarter.

In a stock exchange filing it expected profit in the first six months this year to rise by 10% to 23.8%, as it thinks sales will gradually recover off a coronavirus low.