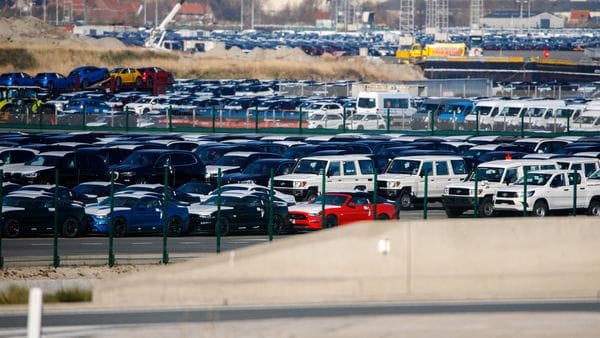 GAC's joint ventures with Toyota Motor Corp and Honda Motor Co Ltd are aiming for a big boost in annual China sales to a million vehicles each by 2025, a recording of a GAC earnings call reviewed by Reuters showed.

For its venture with Toyota, that would represent a jump of 47% from 2019 levels while for the venture with Honda that would be a 30% surge. Vehicles made by the JVs are mostly sold under the Japanese brands.

The state-owned automaker will also aim to sell 1 million units annually under its own brand by 2025, Feng Xingya, GAC's general manager told investors and analysts on the call on Wednesday which was not open to media.

It was not clear when the plans were formed. For the current year, it expects industry-wide China auto sales to tumble 10% due to the impact of coronavirus outbreak although it expects its sales, which include sales of its JV partners, to climb 3%.

GAC Honda currently has annual production capacity of 770,000 vehicles while GAC Toyota is building new electric vehicle plants which will take its capacity to around 1 million vehicles per year. Those capacity figures, however, exclude potential overtime shifts.

(Also read: Toyota to make face masks in US to aid coronavirus battle)

"We can reach higher production by arranging extra shifts at current plants...Capacity will not be a big problem," GAC Chairman Zeng Qinghong told the call.

Toyota and Honda declined to comment on the sales plans. GAC did not respond to a request for comment.

Sales of GAC-branded cars tumbled 28% to 384,578 units in 2019. For the year, GAC's revenue tumbled 17.5% while net profit attributable to shareholders dropped 39%, according to a company filing.

To meet government quotas for sales of new-energy vehicles, Zeng said the venture with FCA will also sell some models under the GAC brand, a strategy it is also employing at its joint ventures with Toyota and Honda.