Didi relaunched Hitch in November after it suspended the service in 2018 following the murder of a female passenger by her driver.
By : Reuters
| Updated on: 27 Mar 2020, 15:53 PM 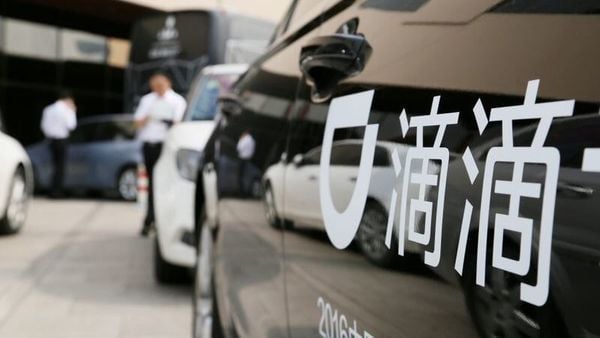 File photo: A Didi sign is seen on a car during the China Internet Conference in Beijing.

Drivers and passengers who meet the requirements could use the service between 20:00 to 23:00, Didi said in a post on Weibo.

The move comes after the coronavirus epidemic battered demand in China for ride-hailing services.

Didi, which is backed by Japan's SoftBank, launched delivery services in 21 Chinese cities this month, in a move it hopes will provide its drivers with more income.

Didi relaunched Hitch in November after it suspended the service in 2018 following the murder of a female passenger by her driver.

The case hit Didi's image at a time when it has been trying to expand overseas to compete with foreign rivals such as Uber, and led the company to pledge it would prioritise safety over growth.