Ghosn has repeatedly denied any wrongdoing, including concerning the way he was compensated.
By : Reuters
| Updated on: 11 Feb 2020, 09:46 AM 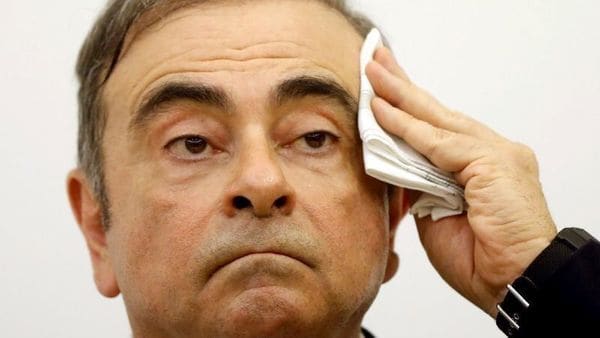 Carlos Ghosn, the fugitive former auto executive, used a joint venture between Nissan and Mitsubishi to inflate his pay, effectively clawing back a cut to his declared wages, and to cover a personal tax debt, lawyers for the companies said on Monday.

Ghosn, the former chairman of the Renault-Nissan-Mitsubishi alliance, was arrested in Japan in 2018 on financial misconduct charges but fled to Lebanon last December.

He has repeatedly denied any wrongdoing, including concerning the way he was compensated.

Nissan and Mitsubishi have been pouring over payments made to Ghosn from their Dutch-based joint venture, and had already challenged a salary and bonus worth 7.3 million which they claim he granted himself without the knowledge of their respective boards.

In new arguments submitted to a Dutch court on Monday, lawyers for the firms alleged Ghosn awarded himself that compensation to offset a cut in his declared earnings at Nissan.

Ghosn - who was under public scrutiny in Japan and France over his wages during his tenure, though he has argued since that other auto industry bosses were paid far more - had agreed to cut his pay when stepping down as Nissan CEO in April 2017.

He stayed on as chairman, and also had the top job at Renault.

Representatives of Ghosn's legal team said the allegations of unknown or unjust payments were unfounded.

"We don't dispute that Mr Ghosn received a good salary", attorney Roeland de Mol said. "But he had the heavy task of getting French and Japanese companies to cooperate. He didn't retire to go play golf after he stepped down as Nissan CEO."

The new details about Ghosn's compensation emerged during a court hearing in Amsterdam centered on an unlawful dismissal suit brought by the former auto executive against the Japanese carmakers.

Ghosn is seeking 15 million euros in damages from the Nissan and Mitsubishi, who, he alleges, violated Dutch labour laws.

Nissan-Mitsubishi lawyer Eelco Meerdink said there was evidence that Ghosn made the alliance pay a personal French tax debt of 498,000 euros in 2018.

France's Renault covered the cost of the bill in a first instance, and was refunded by Ghosn, who had received a payment from the Nissan-Mitsubishi joint venture for the same amount, Meerdink said. Renault declined to comment.

The lawyer also alleged that Ghosn had arranged a "pre-payment" of his 2019 salary in 2018 to avoid a scheduled increase in Dutch income tax rates.

Nissan told the Dutch court on Monday that it would request that Ghosn repay all of the compensation received from the joint venture with Mitsubishi, as there was no evidence that it had been properly authorised, a source close to Nissan said.

'READY FOR A FIGHT'

As part of Ghosn's unlawful dismissal case against the Japanese carmakers, his lawyers are now pushing for the release of internal documents which the carmakers used to substantiate his removal on allegations of financial misconduct.

Ghosn's legal team claims he was unfairly dismissed as chairman of Nissan-Mitsubishi BV, a Dutch-registered entity, because the details of the allegations were not shared with him.

His lawyers say the documents will show the companies were aware of his activities.

De Mol, the attorney, said he was pushing for "a full debate on the reasons of Ghosn's dismissal... Mr. Ghosn is ready for a fight."

Nissan-Mitsubishi lawyer Meerdink dismissed the demands, saying the reasons for the executive's dismissal were clear, and that his lawyers were "going on a fishing expedition".

The Amsterdam court said it would postpone any decision on documents until Nissan and Mitsubishi file their full case on the reasons for Ghosn's dismissal, expected on March 26.