Car sales in China rebound with first monthly gain since 2018

Car sales in China are falling for a third year as the virus worsens a slump kicked off by a slowing economy, trade tensions and stricter emission regulations.
By : Bloomberg
| Updated on: 07 May 2020, 03:28 PM 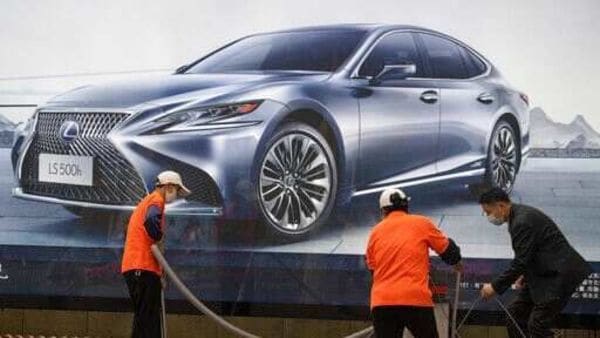 Carmakers shipped 2 million vehicles to dealerships and stores in April, up 0.9% from a year earlier.

Chinese monthly auto sales rose for the first time in almost two years after the country opened up for business again, fueling expectations of an industry recovery from the coronavirus.

Carmakers shipped 2 million vehicles to dealerships and stores in April, up 0.9% from a year earlier, the China Association of Automobile Manufacturers said in a statement Thursday. That’s the first increase since June 2018. Still, deliveries dropped about 32% in the first four months to 5.67 million units, according to the trade body.

The figures support growing optimism that the world’s largest auto market is on the mend after China largely contained the coronavirus pandemic that shut down much of its economy. Volkswagen AG said Wednesday sales had increased in China, helped by consumers seeking to avoid buses and trains. Chinese authorities have also introduced a slew of measures to prop up car sales.

Car sales in China are falling for a third year as the virus worsens a slump kicked off by a slowing economy, trade tensions and stricter emission regulations. As the outbreak eases in China, the government has been working to stimulate industry growth and help the economy rebound.

Regulators have extended tax breaks and subsidies on electric-vehicle purchases for two years, while sales of light trucks that don’t meet the latest China 6 emission standards will be allowed for six months after a previous deadline of July 1. Financial institutions are also encouraged to lower down payments and interest rates on car loans and to extend repayment periods.

Whether or not the increase in sales is sustainable, it provides the world’s automakers with a glimmer of hope for a recovery and a sense of what other countries may face as they emerge from lockdowns.

CAAM’s figures -- which represent wholesale deliveries, not purchases by consumers -- are preliminary and finalized data is scheduled to be released on May 11. Retail numbers are expected to be announced by the China Passenger Car Association next week.