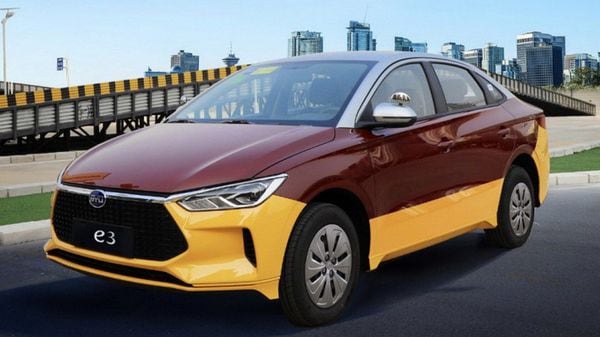 One of the advantages of driving an electric car is that they don't require a conventional gearbox. However, Chinese automaker BYD is challenging the stereotype with the new variant of the e3 electric sedan.

The new variant of the BYD e3 electric sedan has been developed for driving schools. Hence, it gets a manual gearbox setup with a clutch and gear shifter as well. Interestingly, it gets a fourth pedal as well, which is positioned in the passenger footwell. This is a secondary brake pedal that is meant to be applied in case of an emergency by the driving instructor. The car gets a fourth pedal as well, in the front passenger's footwell.

It is not clear, how the automaker is implementing the transmission, as it is not being sold to regular customers. According to reports, the new variant of the BYD e3 electric sedan comes with multiple driving modes - economy, teaching, throttle lock and sports. All of these driving modes are designed to simulate different scenarios for training purposes.