According to a report, around 10 lakh air pollution-related deaths happened in India in 2015.Vehicular emissions comprise a major source of air pollutants, particularly the harmful PM 2.5.
By : PTI
| Updated on: 27 Apr 2020, 06:00 PM 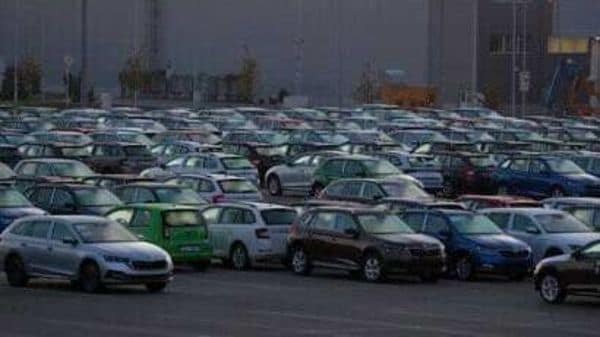 Auto-LPG stakeholders in India believe that the country's air quality will witness marked improvement almost immediately if it successfully shifts a substantial part of personal and public vehicles to highly clean gaseous fuels such as auto-LPG. (File photo used for representational purpose only).

India's shift to improved vehicle emission standards in BS 6 compliant petrol and diesel would have a positive impact on air quality but the improvement will be almost immediate if the shift was to highly clean gaseous fuels such as auto-LPG, the Indian Auto LPG Coalition said Monday.

Auto-LPG stakeholders in the country insist that while shifting to BS 6 standards is welcome, India's air quality will witness marked improvement almost immediately if it successfully shifts a substantial part of personal and public vehicles to highly clean gaseous fuels such as auto-LPG.

"The roll-out of the BS 6 regime is welcome as it will ensure that only those vehicles which adhere to the most stringent of emission norms in vogue globally are sold in the Indian market. However, given the poor air quality in Indian cities, this may not be enough. We need to simultaneously shift a substantial number of existing vehicles to cleaner alternative fuels," said Suyash Gupta, director general of Indian Auto LPG Coalition, the apex body of autogas suppliers in India.

Even as the BS 6 norms are rolled out, the next thrust of the government is on the electric vehicles (EVs) that are still a decade away from commercial viability, the association said in a statement.

"This leaves much room for more near-term measures to check the health concerns emanating from poor air quality. With its proven track record in improving air quality across the world, Auto LPG is an option that needs to be leveraged in a better way of controlling vehicular pollution in India," he said.

According to estimates of the Global Burden of Disease 2018, around 10 lakh air pollution-related deaths happened in India in 2015. Vehicular emissions comprise a major source of air pollutants, particularly the harmful PM 2.5.

"A study by System of Air Quality and Weather Forecasting and Research (SAFAR) under the Ministry of Earth Sciences has found that 41 per cent of the pollution in Delhi is contributed by the transport sector. Unfortunately, the government policy has failed to catch the low hanging fruits to get immediate benefits in improving air quality," the statement said.

Gupta said auto-LPG is among the cleanest alternative fuels with a Global Warming Potential of 'zero'.

The emissions of harmful nitrogen oxides (NOx) and harmful particulate matter PM 2.5 are almost negligible for Auto LPG. "This makes it a much cleaner fuel as compared to even BS 6 compliant petrol," he said. "It is also a low hanging fruit."

"The government needs to reduce GST rates on the fuel (18 per cent currently) as well as on auto LPG/CNG conversion kits (28 per cent currently) immediately to promote its usage. Another critical intervention required is the reform of the Type Approval norms governing conversion to gaseous fuels. This will allow even existing old vehicles currently adhering to BS 4 norms to convert to cleaner Auto LPG," he said.

LPG is the most widely used alternative fuel in the world, with a proven track record of improvement in air quality.

The global consumption of auto-LPG has risen by over 40 per cent over the past 10 years, fuelled by environmental concerns. Among the key nations that have successfully adopted this green fuel for their transportation requirements are South Korea, Turkey, Poland, Japan, Australia, Italy, Mexico and Russia.