Berlin mulls mandatory bus tickets to get cars off the streets

Berlin's Transport and Environment Ministry is mulling a mandatory bus pass for citizens in order to relieve urban areas from traffic congestion.The proposal for a so-called Buergerticket (citizen’s pass) could cost residents as much as a current annual subscription of 761 euros ($862) a year.
By : Bloomberg
| Updated on: 12 Jun 2020, 15:45 PM 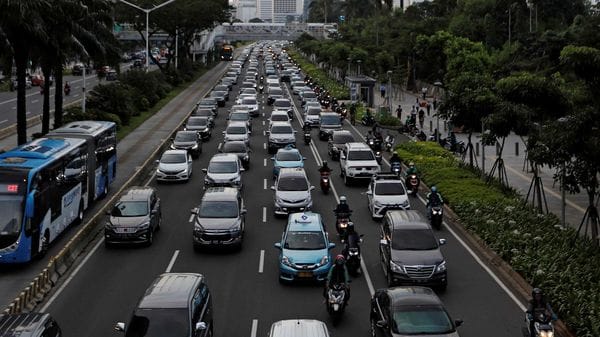 The discussions over changes to the financing of Berlin’s public transport system are in the early stages. (Representational photo)

Berlin is considering requiring that residents pay for an annual pass for public transport to make cars less attractive and help ease congestion.

The proposal for a so-called Buergerticket (citizen’s pass) could cost residents as much as a current annual subscription of 761 euros ($862) a year, according to the city’s Transport and Environment Ministry. Alternative proposals, based on a feasibility study by consultancy Ramboll, include charging tourists a public-transport tax, tolls to drive cars in the city center and higher parking fees.

The ministry “isn’t only interested in more revenue, but also in impact on traffic, such as relieving urban areas from congestion by providing incentives to do without a car," spokesman Jan Thomsen said via email. “We want to expand public transport and make it more attractive for more people."

The city of more than 3.6 million people has grown rapidly in recent years, pushing many residents toward the outskirts and straining its aging infrastructure. The coronavirus pandemic has added further pressure on the system, with bus drivers cordoned off and social-distancing nearly impossible to maintain.

The discussions over changes to the financing of Berlin’s public transport system are in the early stages and haven’t yet been taken up by the city’s legislature, according to Thomsen. Any changes are likely to be controversial and play a role in next year’s elections.

Fees from tickets and advertising cover less than half of the costs of running the system, with taxpayers covering the rest, according to the Berlin government, with the city paying more than 500 million euros to support the system in 2017. Berliner Morgenpost reported earlier on the discussions.