Actor Benedict Cumberbatch has been associated with the company for several years, and has appeared in their advertisements and at promotional events.
By : Hindustan Times, New Delhi
| Updated on: 20 Mar 2019, 11:35 PM 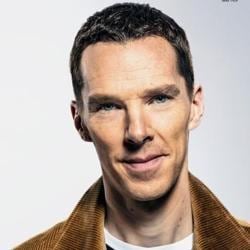 Acrtor Benedict Cumberbatch has been announced as the brand ambassador for MG India.

He said in a statement, "I have grown up seeing and reading about MGB's and MG Midgets, recognising MG as a classic and iconic brand. I am delighted to be part of the launch of the new MG in India with the MG Hector, which may well be a classic of the future."

MG (Morris Garages) will officially enter the Indian market with the Hector SUV later in 2019. The car is intended as a rival for premium compact SUVs such as the Jeep Compass and the Hyundai Tucson.

Rajeev Chaba, Managing Director and CEO, MG India, said in a statement, "As one of the most recognised and beloved cultural icons from the UK, Benedict has a lot in common with Morris Garages. He has, throughout his career, experimented with various types of roles across stage productions, TV shows and movies to push the bar ever higher, something which resonates with MG's commitment to technological innovation."

Chaba said that the company is "glad to have Benedict Cumberbatch as our brand ambassador to represent MG" and noted his 'social and philanthropic work, as well as his support for inclusivity beyond gender' as being 'in sync with our core brand ideology of nurturing diversity.'

Cumberbatch has appeared in several popular television shows and headlined blockbuster films. He gained worldwide fame for his portrayal of beloved detective Sherlock Holmes in the BBC's Sherlock, and has played the superhero Doctor Strange in the Marvel Cinematic Universe films.