Home Auto News 'be More Forceful In Apology': Govt To Hyundai Over Online Row About Kashmir

'Be more forceful in apology': Govt to Hyundai over online row about Kashmir 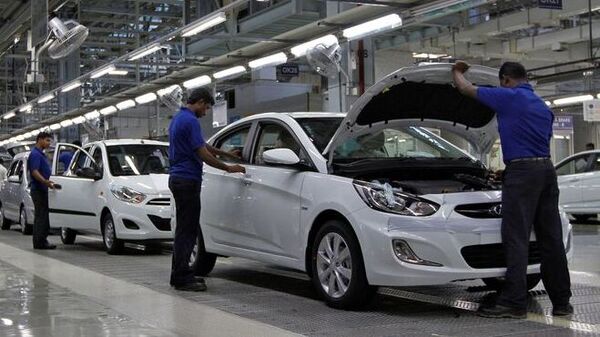 The Indian government has reportedly asked Hyundai Motors to be ‘more forceful’ in its apology on the contentious issue of a Pakistani Hyundai dealership tweeting on ‘struggle for freedom in Kashmir.' The controversial tweet was made by a handle believed to be that of a Hyundai Pakistan dealership and it immediately led to a massive outburst in India with #BoycottHyundai trending.

While Hyundai Motor India did issue a statement on the matter, there have been many who are demanding an unequivocal apology. The matter was also brought up in Rajya Sabha by Priyanka Chaturvedi of Shiv Sena. "The content they have posted on their platforms calls for freedom for Kashmir," she said without naming Hyundai. “Such posts that are challenging the sovereignty of our country should not be acceptable."

In response, Commerce and Industry Minister Piyush Goyal confirmed that the Indian government has asked the South Korean car company for a better response. "This issue has been taken up both with the government there and the company concerned," Goyal said. "They (Hyundai) have already issued a clarification yesterday. We have also asked them to be more forceful in their unequivocal apology on this issue."

Hyundai entered Indian shores in 1996 and quickly elevated itself as the No.2 car maker, after Maruti Suzuki. India is also one of the biggest manufacturing facilities for the South Koreans and several models manufactured here are also exported to markets abroad.