The British government is considering toughening its ban on internal combustion engine cars in order to drive sales of electric vehicles.It is consulting on bringing forward the current 2040 prohibition on the sale of petrol and diesel cars to 2035, or earlier if feasible.
By : Bloomberg
| Updated on: 18 Sep 2020, 01:00 PM 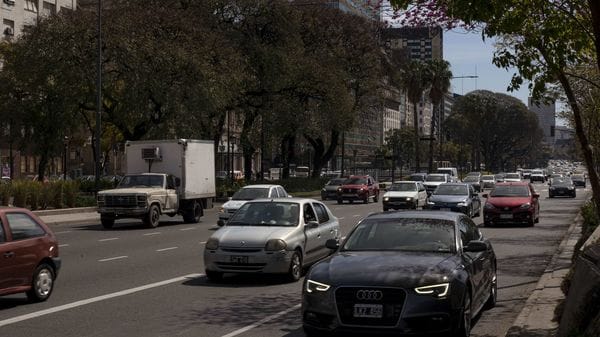 File photo of a busy road used for representational purpose only

The UK government must bring forward by a decade its ban on the sale of the most polluting cars if it wants to even come close to its climate change goals, new analysis showed.

The British government is considering toughening its ban on internal combustion engine cars in order to drive sales of electric vehicles. The move would not only cut pollution but also create a market that’ll attract manufacturers and new jobs to the UK.

It’s consulting on bringing forward the current 2040 prohibition on the sale of petrol and diesel cars to 2035, or earlier if feasible. The study published Friday by Greenpeace and Green Alliance said that a 2030 ban would cut 90 million tons of carbon dioxide equivalent in the years 2028-2032 - that’s about a quarter of all U.K. emissions in 2019.

The showed that only a 2030 ban, that also covers plug-in hybrids, would put the UK on track to meeting its target of reaching net-zero by mid-century.

The government measures the progress of its climate-change targets against five-year carbon budgets that provide an increasingly stringent cap on emissions until 2050. While it’s on track to meet its third carbon budget, it needs to find more CO2 savings to meet its fourth and fifth budgets. The sixth carbon budget, which will be set in December will be even stricter as it will be the first to take in the net-zero emissions goal set in 2019. 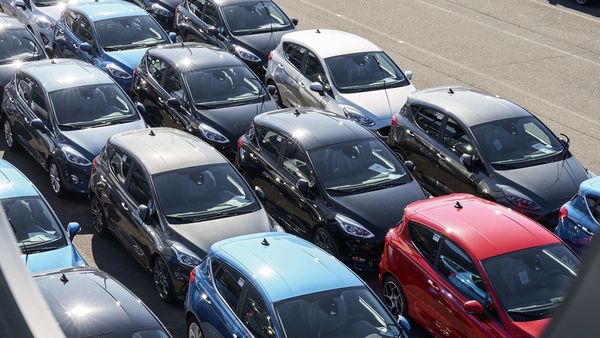 The UK will need to save another 77 million tons of CO2 in order to meet its fifth carbon budget which covers the period 2028-2032, the report said. But in all likelihood, deeper cuts will be needed to account for the net-zero goal.

The less ambitious options of a 2035 ban for all new petrol, diesel and hybrid cars and vans would result in the government missing its carbon target by 73%, and a 2032 ban for the same vehicles would result in missing the target by 18%, the researchers found.

“This is yet more compelling evidence that 2030 is the best option for a blanket ban on new polluting vehicles," Doug Parr, Greenpeace UK’s chief scientist, said.

On Thursday, the opposition Labour Party also urged the government to opt for a 2030 ban ahead of the UK-hosted global climate change talks in Glasgow next year.

Prime Minister Boris Johnson said on Wednesday he’d set out his plans on meeting the Britain’s 2050 net-zero target in the coming weeks. Cutting pollution from transport is expected to play a major role as it accounts for more than a third of the country’s greenhouse-gas emissions - the biggest of any industry.