Major carmakers like Maruti Suzuki, Hyundai, Toyota and Honda have not yet resumed production at their factories stating that availability of components is a prerequisite to re-start operations at factories.
By : PTI
| Updated on: 21 Apr 2020, 11:22 AM 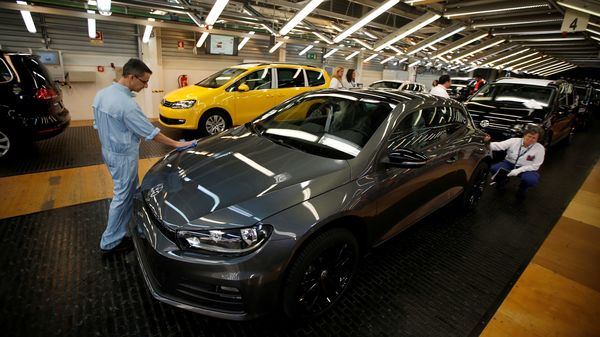 Major carmakers like Maruti Suzuki, Hyundai, Toyota and Honda have not yet resumed production at their factories stating that availability of components is a prerequisite to re-start operations at factories, which continue to remain inaccessible due to the nationwide lockdown.

It has been nearly a month since automakers suspended operations across their plants as Covid-19 pandemic spread across the country.

The factories of all major auto component makers as well as sales outlets also continue to remain closed.

The country's largest carmaker Maruti Suzuki India (MSI) said it is looking closely at re-starting operations at its two plants in Haryana.

"The availability of components is one of the major requirements for restarting the factories and the company management is looking into it. I guess it will take few days to see how and when can we start operations," MSI Chairman RC Bhargava told PTI.

MSI's Manesar (Haryana) plant falls out of municipal corporation limit while Gurgaon plant is within the city limits.

The two plants in Haryana have an installed capacity to roll out 15.5 lakh units per annum. Operations at the plants remain suspended since March 22.

(Also read: April could be alarming for Indian auto industry as lockdown extended till May 3)

Under the new guidelines issued by the Ministry of Home Affairs (MHA) for the extended lockdown period up to May 3, the government, private industries and industrial establishments operating in rural areas, outside the limits of municipal corporations and municipalities, have been allowed to operate from April 20.

"Currently the teams are involved in preparatory activities required before resumption of operations like reworking all the processes to comply with the distancing norms specified by the authorities apart from the detailed protocols related to associate's health screening, transportation, canteen and workplace activities," he noted.

The plants have been shut for a long time and hence require utility and infrastructure related stock-taking as well, Goel said.

"Start of production would also depend on our supply chain and dealers which are non-operational in most of the cases currently," he added.

Similarly, a Toyota Kirloskar Motor spokesperson said the company will follow the lockdown orders until further notice from the government.

"For the auto sector to start production, it is necessary that the supply chain starts operating - which means not only the suppliers but also the dealers," he added.

Currently, because of the lockdown, most of the auto dealers and suppliers have suspended their operations, the spokesperson said.

"As a responsible corporate, we wish to continue working in concurrence with the state and central government directives," he added.

A Hyundai Motor India spokesperson said the automaker is closely monitoring and evaluating the situation towards starting the plant operations.

"We will respect and adhere to the guidelines set by the state government with respect to the current market environment," the spokesperson added.

Industry observers pointed out that it makes little sense for automobile companies to resume production when showrooms are closed due to the ongoing lockdown.

On Monday, auto components industry body ACMA had stated that the components industry is in preparatory mode for resumption of operations, depending upon whether their factories are in permissible areas or not, and if their customer is resuming buying or not.