The auto component industry's turnover witnessed its worst-ever decline in the first half of the current financial year, leading to a job loss of around 1 lakh temporary workers till July this year.
By : PTI
| Updated on: 30 Dec 2019, 10:27 AM 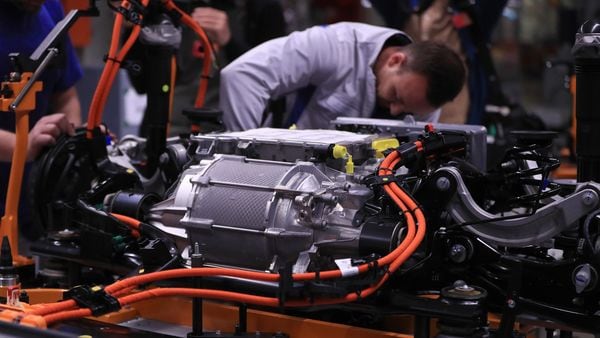 The automobile component industry is expected to end the current financial year on a negative note as it would be difficult for the segment to make a recovery in the second half after reporting a de-growth of 10 per cent in the first six months, ACMA President Deepak Jain said.

"Overall, our estimate is that we will have a de-growth in the current fiscal because we have already de-grown by 10 per cent in the April-September period. I do not think it is possible to catch up (in the second half) in the current situation," ACMA President Deepak Jain told PTI.

He further said, "So, the outlook would be that we would be basically going into negative. I am hopeful that the negative would not be double digit but single digit, as the second half performance should be better as compared with the first half."

When asked about the factors that could help the industry in the fourth quarter, Jain said the expected launches of BS 6 compliant models during the period would help the automobile companies generate better sales.

"Better volumes for them would mean better sales for us as well. Secondly, BS 6 vehicles mean there would be more value addition by component makers... So, it might not give you the volume impact but it will definitely give you the value impact," he noted.

On outlook for the next financial year, Jain said the industry will have to adopt a wait-and-watch policy.

"But, looking at the market situation, it seems that first half would be challenging. We will closely monitor and align ourselves with our customers," he added.

The auto component industry's turnover witnessed its worst-ever decline in the first half of the current financial year, leading to a job loss of around 1 lakh temporary workers till July this year.

The industry body said the slowdown has also resulted in an investment loss of up to USD 2 billion during the period.