The Rivian delivery van made for Amazon comes with exterior cameras capable of providing a 360-degree view, integration of Alexa, Amazon’s voice software, and three levels of shelving for packages.
By :
| Updated on: 09 Oct 2020, 01:07 PM 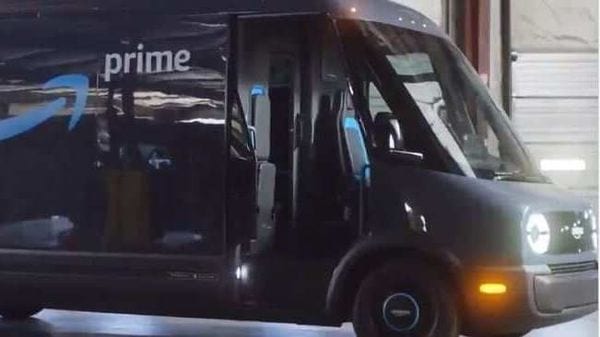 Amazon.com Inc. revealed an electric delivery van model being built for the retail giant by Rivian Automotive Inc., an early step toward getting 100,000 similar vehicles on the road in the next decade.

Amazon last year placed the order, the largest electric vehicle purchase in history, as part of a plan to eliminate the company’s contribution to greenhouse gas emissions by 2040. It aims to have the first vans on the road delivering packages next year.

The vehicle, which Amazon showed off in a video and blog post on Thursday, is one of three models Rivian is building for Amazon. It comes with exterior cameras capable of providing a 360-degree view, integration of Alexa, Amazon’s voice software, and three levels of shelving for packages.

The blog post didn’t include key details such as the vehicle’s cargo capacity or name, but an Amazon spokeswoman said the vans can travel as much as 150 miles (241 kilometers) on a single charge.