Customers of Tork Kratos electric bike will be able to book the EV via the company's official website, while the deliveries of the motorcycle are expected to begin from around March this year.
By : HT Auto Desk
| Updated on: 19 Jan 2022, 01:53 PM 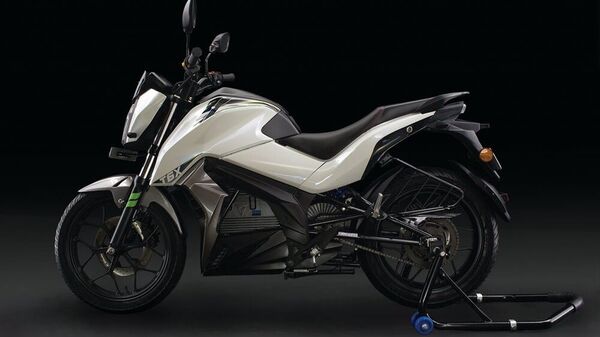 The Tork Kratos was earlier codenamed T6X and has been undergoing tests for the last couple of years.

Tork Motors finally has a launch date for its much awaited Kratos electric motorcycle. The nameplate for the new EV was announced just recently, while the motorcycle is claimed to be under development from quite sometime now.

The Pune-based EV maker will roll out the prices for the new Kratos electric bike on the Republic day (26th of this month). The company will also commence the bookings for the new EV on the same day. Customers will be able to book the motorcycle via the online portal (company's official website), while the deliveries of the motorcycle are expected to begin from around March this year.

The Torq Kratos comes based on the T6X concept model which was showcased back in September 2016. The company has also said that the motorcycle has gone through a thorough development cycle and it has left no stones unturned to make sure that the customers get a well engineered product. The EV maker also claims that Kratos is India’s first indigenously designed and engineered motorcycle to go on sale.

Kratos will come kitted with the company's in-house home-built operating system, called TIROS. In addition, the motorcycle will source power from Tork's in-house developed battery and axial flux motor, making it a completely India-made product. Its performance will be comparable to a 150cc-160cc sports commuter motorcycles present in India.

As far as the launch price is concerned, expect the model to go on sale in India in the price range of ₹1.20 lakh to ₹1.40 lakh (ex-showroom). It will rival the likes of other battery-powered motorcycles including the Revolt RV400.