Home Auto Electric Vehicles Hyundai's First Ev Facility In Us To Get $1.8 Bn In Tax Sops And Other Benefits

Hyundai's first EV facility in US to get $1.8 bn in tax sops and other benefits

Hyundai had earlier announced to set up its first electric vehicle manufacturing facility in the US to tap into the EV market dominated by American EV makers like Tesla and others.
By : HT Auto Desk
| Updated on: 23 Jul 2022, 13:42 PM 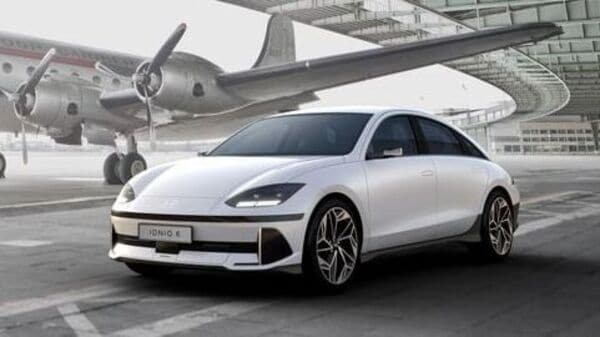 Photo of Ioniq 6, Hyundai's first fully-electric sedan, which was unveiled in July.

Hyundai Motors's EV dream in the United States got a major fillip when the state of Georgia and local governments offered an aide of $1.8 billion (nearly ₹14,375 crore) in tax breaks and other incentives to the Korean carmaker. The tax sops and other benefits will be offered as the carmaker is ready to set up its new EV facility near Savannah. The facility is expected to manufacture Hyundai's Ioniq range of electric cars as well as upcoming models in future.

The Hyundai EV plant in Georgia, spread across 2,900 acre in Bryan County, west of Savannah, is expected to see more than 8,100 employees. Hyundai plans to start construction of the facility from 2023. It aims to manufacture 300,000 vehicles per year in 2025 besides electric vehicle batteries.

The deal between Hyundai and the state government was announced by Governor Brian Kemp earlier in May. Before Hyundai, Georgia also signed similar deal with US-based EV maker Rivian to build a factory in the state. Pat Wilson, economic development commissioner of Georgia, said, "Not only do these generational projects solidify our spot at the vanguard of the EV transition, but they also ensure that thousands of Georgians across the state will benefit from the jobs of the future."

The $1.8 billion tax sops offered to Hyundai is the largest subsidy package any state in the US has offered so far to any electric vehicle manufacturer. Among the tax breaks, Hyundai will receive more than $472 million in property tax sops from local authorities, more than $212 million in state income tax credits among other benefits.

Hyundai also received major help from the state and local governments to set up its facility. It received $86 million to purchase the plant site while another $200 million will be offered on road construction and $50 million to help fund construction, machinery and equipment. Sales tax exemptions on construction materials and machinery expenses are estimated to cost $396 million.