Despite being its home base, Hyundai Motor did not have a dedicated electric car manufacturing facility in South Korea. The new facility is expected to be operational in the next three years.
By : HT Auto Desk
| Updated on: 12 Jul 2022, 12:09 PM 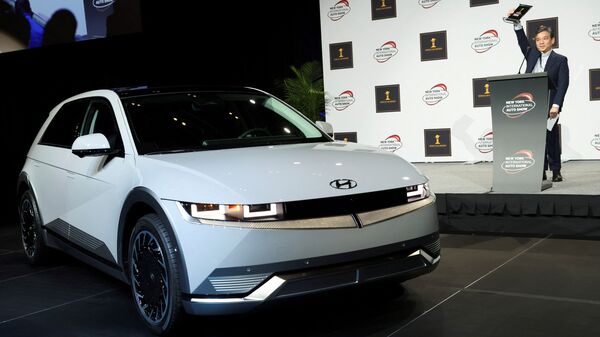 Hyundai Motor has announced that it will open its first electric vehicle manufacturing facility in South Korea. (File Photo)

Hyundai currently manufactures its electric cars like Kona and Ioniq 5 SUVs and the upcoming Ioniq 6 electric sedan in EV facilities spread across the world. Hyundai Ioniq 6 will be officially unveiled for global markets later this week.

Hyundai has said that the new facility is expected to begin manufacturing electric vehicles from 2025. The decision to open the new facility comes weeks after the Hyundai Motor Group, which also owns Kia, announced an investment of more than 48 billion dollars in South Korea in next three years.

The new EV manufacturing facility from the Korean carmaker will be its second dedicated electric vehicle factory across the world. The first one, set to come up in Georgia, will be set up at an investment of more than 5 billion dollars as was earlier announced by Hyundai to capture the EV space in the United States. The facility will also house Hyundai's battery manufacturing facility as well. The EV facility in Georgia is expected to be completed by next year and is likely to start production in the same year as the upcoming South Korean EV facility.

Hyundai Motor is aiming to speed up its electrification efforts. The Group has set itself a global target to sell 3.23 million full electric vehicles every year by 2030. The facility in Georgia and South Korea is expected to establish a global EV production network for Hyundai to ensure a stable supply of electric cars around the globe.