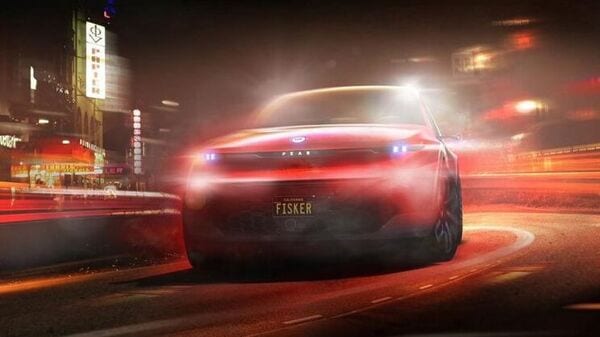 Fisker Automotive, the US-based electric vehicle maker, has announced that its second car will be launched in 2024. Called Pear EV, the new vehicle will be placed lower than the Fisker Ocean. At $29,900 (equivalent to ₹21.75 lakh, as per current exchange rates), the car will be positioned as an affordable alternative to its Ocean SUV.

The company intends to produce the new vehicle in Ohio for which it partnered with Foxconn and made an agreement with Lordstown Motors. Fisker has previously announced that it aims to manufacture over 2.5 lakh units from the Lordstown plant that would help it to cope up with the growing demand for EVs.

The company has already teased its upcoming Pear EV which is a sporty hatchback. Expect it to feature a similar front fascia as the Ocean SUV. Albeit, it is to be noted that Ocean SUV is yet to go on sale. Thin headlamps at the front will flank a narrow opening with the vehicle’s name will make for quite a sporty front profile. Henrik Fisker says that the Pear EV will feature a ‘non-SUV’ design and will sit in a class lower than the Ocean. The latter, on the other hand, comes out as a Tesla Model Y rival.

“The Pear will be a revolutionary electric vehicle that won't fit into any existing segment. The terror design will feature new lighting technology and a wraparound windscreen inspired by glider plane glass canopy enhancing frontal vision," said Henrik Fisker, the chairman and CEO of Fisker motors.

Fisker went into a strategic partnership with Foxconn and Magna. Both Foxconn and Magna have previously showed interest in manufacturing cars in India for the world. In addition, Fisker has also previously confirmed introduction of the Ocean SUV in the Indian EV market which is evolving at a rapid pace.