Home Auto News What Made India Post Its All Time High Cng Car Sales In Fy2021?

What made India post its all-time high CNG car sales in FY2021?

Maruti Suzuki and Hyundai are the only two car brands in India that sell CNG cars.Maruti offers CNG kits in cars like Alto, Celerio, Wagon-R, S-Presso, Eeco, Ertiga, among others.
By : HT Auto Desk
| Updated on: 03 May 2021, 08:01 AM 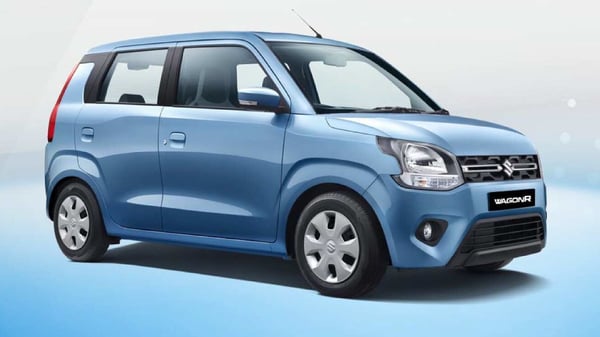 Maruti Suzuki WagonR was the bestselling CNG car in India in FY2021.

India's largest car brand Maruti Suzuki, which has a wide range of CNG models in its portfolio grabbed the lion's share in the CNG car sales chart in the last fiscal. The automaker registered nearly 45% YoY growth to 1.57 lakh units in CNG car sales in FY2021, as compared to FY2020. Maruti Suzuki WagonR was the bestselling CNG model in the country in FY2021.

Next to Maruti Suzuki, Hyundai is the second brand that also sells a host of CNG models. The South Korean auto major recorded a whopping 132% sales growth in CNG car sales in the last fiscal when it sold 23,077 units as compared to 9,930 units in FY2020.

There are several factors that played important roles in the growth of CNG car sales. The petrol and diesel prices increased incessantly in the last year, which made a lot of customers shift towards the cheaper fuel alternative. The running costs of CNG variants are substantially lower than their petrol or diesel counterparts. Besides that, the CNG cars offer greater fuel efficiency as well.

The CNG refilling infrastructure has improved across India in the last few years, which also played a key role in the sales surge for CNG models. More than 700 CNG refilling stations have been added to the network in the last year, recording more than 50% growth. Currently, there are more than 2,800 CNG refueling stations across India, which is likely to grow more than 10,000 over the next 7-8 years, as per the government strategy.

While the government is promoting CNG as a cleaner and greener alternative to petrol and diesel, automakers such as Maruti Suzuki and Hyundai too are aggressively promoting the CNG cars. Maruti Suzuki

Both Maruti and Hyundai have aggressively promoted CNG models to gain volumes in FY2021. At the Auto Expo 2020, Maruti Suzuki announced its Mission Green Million strategy, under which it is promoting CNG, hybrid cars. Also, as the automaker has discontinued selling diesel models since April 2020, it aims to offset the loss in that segment by pushing more CNG car sales.