Volkswagen ID.4 became the bestselling electric car in Norway and the third top selling model in the overall cars sales list.
By : HT Auto Desk
| Updated on: 05 May 2021, 12:43 PM 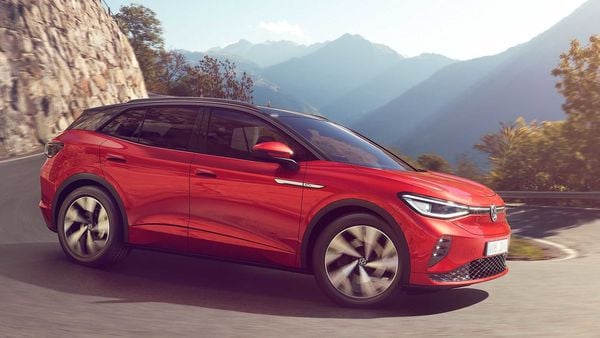 Norway is one of the countries with a high number of electric vehicle penetration. The country has registered 10,545 units of battery electric vehicles and plug-in hybrid vehicles in April, grabbing 80.1% market share. This marked a whopping 104% YoY sales growth compared to April 2020, besides posting the best-ever April sales.

Interestingly, Tesla that has been holding the crown of the bestseller EV in Norway took a month off in April and Volkswagen ID.4 grabbed the pole position. Tesla, on the other hand, registered only five EV sales and four among them were Model 3 compact sedans.

Volkswagen ID.4 has sold 1,824 units in April 2021 grabbing a market share of 13.9%. It registered 2,684 units between the January-April period this year, posting a 5.4% market share. In the overall car sales list, the car grabbed the third spot behind Toyota RAV4 and Volvo XC40, and slightly ahead of the Tesla Model 3.

Both battery-electric cars and plug-in hybrid cars are growing at a very high rate in Norway. However, the BEV share is more than two times higher. Battery electric vehicles registered 7,229 units in April, recording 97% YoY sales growth and posting a 54.9% market share. Among these, 727 units were used cars and 691 units were in the van category.