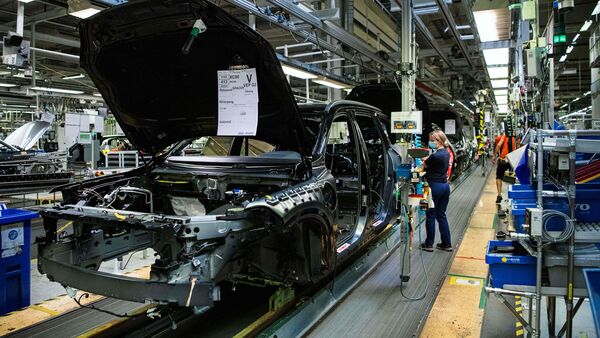 The auto industry is among many other industrial segments that have been impacted severely due to the ongoing microchip crisis around the world.

At a time when Covid crisis seems to be subsiding and the industry hinting at a gradual recovery, the ongoing war between Ukraine and Russia has instilled new fears in the Indian auto industry. The Ukraine-Russia conflict is likely to worsen the global chip crisis as both countries are major contributors of key elements used in semiconductors.

The Federation of Automobile Dealers Associations (FADA) has raised concerns that the ongoing Russia-Ukraine war will once again have ripple effects on the global automobile supply chain. FADA has changed its outlook on the indstry to ‘negative’ till the time the Russia-Ukraine conflict does not end.

According to FADA, "Russia is one of the largest producers of rare-earth metals especially Palladium, which is an essential metal for semi-conductors. Ukraine on the other hand is one of the biggest producers and exporters of Neon Gas, which is used in the manufacturing of semiconductors. Due to the ongoing war, we once again fear the shortage in semi-conductors which will create additional supply-side issues for PVs."

With crude oil prices breaching the $110 mark, FADA thinks that the Centre will not be able to hold prices of petrol and diesel down for too long. FADA expects the fuel prices to rise by at least by ₹10-15 per litre once the results of the ongoing state assembly elections are announced next week on March 10.

(Also read: Why $114 oil price could hurt EV transition around the world)

Overall vehicle sales in India has decreased in February by 9.21 per cent on a year-on-year basis. According to sales data released by FADA, it is over 20 percent down when compared to February last year. Two-wheeler, passenger vehicle and tractors sales in February 2022 fell by 10.67 per cent, 7.84 per cent and 18.87 per cent year-on-year, respectively.

The two-wheeler category continues to face the brunt of rural distress and the high cost of ownership. While demand for passenger vehicles continues to remain strong, the segment is still facing the heat of semiconductor shortage thus impacting supplies. Infrastructure spending by the Government increases demand for heavy commercial vehicles and tippers.