The apex body of transporters said there is acute discontentment among the road transport fraternity in the country due to hike in diesel prices and has asked for government intervention.
By : PTI
| Updated on: 06 May 2020, 11:21 AM 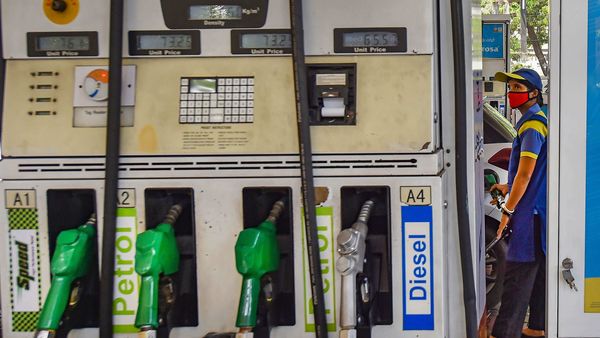 Petrol price in the national capital was hiked by ₹1.67 a litre on Tuesday and diesel by a steep ₹7.10 per litre. (File photo used for representational purpose only)

All India Motor Transport Congress (AIMTC) on Tuesday demanded the rollback of diesel price hike and said increasing duties and taxes may disrupt the supply of essential commodities.

Despite barely 30 per cent of the trucks on highways, Centre's orders for hassle-free movement of truckers carrying goods have not percolated down to many states and there have been reports of harassment and extortion, it said.

AIMTC, the apex body of transporters representing about 95 lakh truckers and entities, said there is acute discontentment among the road transport fraternity in the country and asked for government intervention.

"The bombshell came with the announcement of diesel price hike, earlier in north east states and now in Delhi by ₹7 per litre," AIMTC said in a statement.

Petrol price in the national capital was hiked by ₹1.67 a litre on Tuesday and diesel by a steep ₹7.10 per litre after the Delhi government raised local sales tax or value-added tax (VAT) on the two fuels.

Demanding immediate rollback of the diesel price increase, it said while the governments in other countries are opening their coffers for people and providing them with much needed financial and food security, here the central and state governments are increasing duties and taxes to extract money during these tragic times.

"The vehicles plying for essential supplies may be disrupted and it will burden the common man dearly. Further, the delayed decisions at the highest level are making this sector's revival cumbersome and it is going to be very difficult scenario ahead," AIMTC cautioned.

It said that AIMTC office is receiving frantic calls from its members from across the country.

Alleging that the government has failed to come for its rescue, AIMTC said: "Insurance for drivers and co-workers is not yet announced. EMI rescheduling sans interest is not announced. The extortion and corruption on roads has resurfaced. The E-way bill validity at least till May 31, 2020 extension is not announced."

Demanding immediate rescue and relief package, it said the delay in this has resulted in acute financial crunch to the small operators and they are on the brink of bankruptcy.

"Several state governments have been increasing VAT on fuels which are currently out of the purview of goods and services tax (GST). Although crude oil rates have plummeted more than 60 per cent, yet the Oil Marketing Companies (OMCs) did not cut prices," it said.

Besides, there is hardly movement of 25-30 per cent of the trucks on the roads as on date and the restrictions at the inter-state borders is further impeding their movement.

It said, drivers are forcibly being taken for testing in an insensitive manner by local authorities (police, tehsildar, sarpanchs), which is further exploiting their vulnerability and instilling fear among them and demanded that "they must be treated humanely as being in the service of the people is not a crime."

AIMTC alleged that at many border check posts, especially in Bihar and Madhya Pradesh, the drivers are being subjected to extortion and corruption.

"The helpline numbers issued by the MHA (Ministry of Home Affairs) yesterday are hardly helpful...It needs to be operationalised in an efficient manner," it said.