Force Motors says that the auto industry remains burdened with these two major handicaps which are serious constraints to the growth of the market.
By : PTI
| Updated on: 13 Sep 2020, 04:27 PM 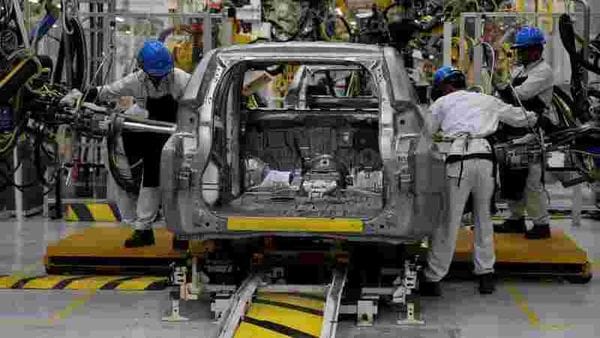 Excessive tax and high interest rates are the two biggest impediments in the growth and profitability of the automotive industry in the country, according to Force Motors.

The Pune-based company, which makes commercial vehicles under the Traveller brand and utility vehicle Trax, besides a range of tractors, said the situation calls for a very detailed and thorough reform.

The Indian automotive industry, having grown and matured, remains burdened with two major handicaps which are serious constraints to the growth of the market as well as encouraging investments and ensure the profitability of the industry, the automaker said in its Annual Report for 2019-20.

The issues particularly affect domestic companies, other than multinational firms operating in the country, the company noted.

"The first unfortunate factor is the very high interest cost in comparison to the global industry which makes investments very burdensome particularly in times where the technology scenario is rapidly changing and new investments in technologies, products, plants and business practices have to be aggressively made," Force Motors said.

The difference in interest rates when compared to developed countries is in the range of 6-8 per cent which grossly impacts the competitiveness of the industry, it added.

The second adverse factor is very high GST level and also very high road taxes imposed on automobiles in the country with the total incidence of taxation being 50 per cent in case of certain segments, the automaker said.

The auto manufacturers earn around ₹10 lakh on each crore in its turnover and out of that it has to pay interest, tax and depreciation etc, it noted.

Whereas the government collects taxes on the same vehicle which is sold by the industry at ₹10 lakh to the aggregate value of taxes at nearly ₹5 lakh thus between central and state governments, up to 50 per cent of the ex-factory value is collected in taxes, Force Motors said.

"This situation calls for a very detailed and thorough reform. These reforms need to be both economic and regulatory reforms (Motor Vehicles Act, state government permits, license regime etc)," it said.

Going forward in the post Covid-19 era when the auto industry is gasping for breath, on account of the huge compression in the first half of the current year and the effects of which will be felt for several years, such fundamental reform is crucial, it added.

The automaker said it focuses on light commercial and medium commercial vehicles, including their electric versions. All of these market segments are heavily regulated and thereby suppressed, it added.

"The disparate and very much arbitrary system of allowing and restricting permits, licences etc to operate passenger vehicles for hire, to fix the fee and geographies of operation is most obnoxious and retrograde," the company said.

It throttles competition, goes against the interest of the consumer, breeds open and rampant corruption, it added.

Besides causing capacity restriction, overloading and general inconvenience to the travelling public, the system especially hurts the economically weak segments which use public transport, it noted.

This needs to be made an open field in the interest of the consumer, the automaker said.

The Covid-19 situation offers the country an unprecedented opportunity to revamp modernise, energise and liberate its economy, Force Motors noted.

"The huge tangle of red tape, the plethora of complex and confusing laws -- creating delays, losses, litigation and breeding opportunity for corruption and malpractices need, in a swift and decisive manner to be modified, simplified and like other advanced and industrialised countries made supportive and helpful to productive industrial activity," it added.

On government's push towards electric mobility, the company said, "While on one hand, it is welcome on the other hand it demands major industry structure change not just terms of the technology but in the overall business environment and regulatory framework."

Force Motors recently announced to undertake an enterprise-wide cost optimisation in all areas of its vehicle business in the wake of slowdown in the auto sector, the impact of BS 6 transition and the coronavirus pandemic.

The company's revenue from operations also came down to ₹185.4 crore in the first quarter of this fiscal from ₹802.48 crore in the same period last year.