GM is accelerating its retreat from unprofitable markets, becoming more dependent on the United States, China, Latin America and South Korea.
By : Reuters
| Updated on: 17 Feb 2020, 10:21 AM 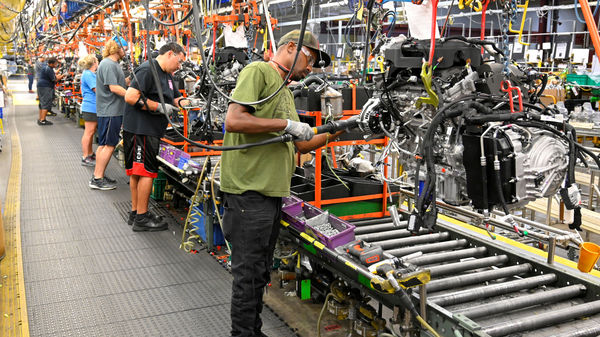 General Motors Co is retreating from more markets outside the United States and China, saying on Sunday that it will wind down its Australian and New Zealand operations, while selling a plant in Thailand.

Here's a timeline of its restructuring moves since 2010.

Announces that it would wind down sales, design and engineering operations in Australia and New Zealand and retire the Holden brand by 2021.

Announces that Chevrolet will cease domestic sales in Thailand by end of 2020.

Announces a deal to sell its Talegaon plant in India to Great Wall Motor, which follows sale of GM Technical Center India to Tata Consultancy Services in September, completing withdrawal from India.

Announces withdrawal of Chevrolet from Indonesia's domestic market by the end of March 2020.

Ceases manufacturing in Vietnam with sale of operations to Vinfast.

Appoints Vinfast as Chevrolet distributor in Vietnam and licenses small car to the Vietnamese group to product and sell under Vinfast brand.

Announces Chevrolet's exit in Europe by 2015, and ceasing manufacturing and engineering in Australia by 2017.