Lidar sensors, which measure distances with a laser light, help autonomous cars get a three-dimensional picture of the road ahead.
By : Reuters
| Updated on: 09 Sep 2020, 09:58 AM 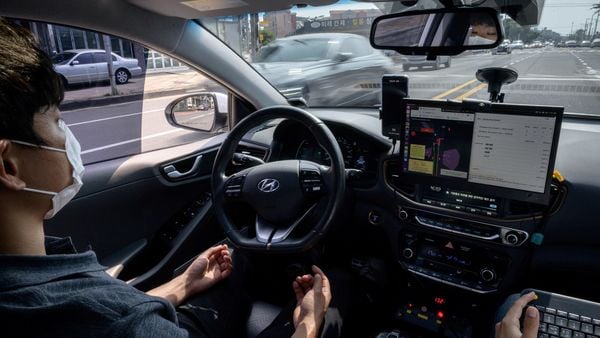 Aeva Inc, a Silicon Valley startup working on a crucial sensor for self-driving vehicles, and German automotive industry supplier ZF Friedrichshafen AG said on Tuesday they were partnering to put the sensors into production.

Lidar sensors, which measure distances with a laser light, help autonomous cars get a three-dimensional picture of the road ahead. Dozens of companies have been working to reduce the sensors' cost to enable mass production.

Aeva's sensor uses frequency modulated continuous wave, or FMCW, technology which can also detect the speed of distant objects, differentiating between stationary ones like trees from moving objects like bikes.

Under the partnership, Aeva will be responsible for core sensing functionality, performance and algorithms. ZF, one of Europe's largest tier-one automotive suppliers, will produce an "automotive grade" sensor that meets carmaker's requirements.

The companies did not name potential customers, but they aim to produce the sensors by 2023 or 2024, Aeva Chief Executive Soroush Salehian said in an interview.

"As we've come down from autonomous overall hype, and we're actually getting down to business, there's a clear focus on creating products that are going to be commercially viable in the short term," he said.

One of Aeva's major technology developments was designing an FMCW lidar that could be built using standard silicon semiconductor equipment and processes rather than costlier methods.

In a statement, Torsten Gollewski, executive vice president of autonomous mobility solutions at ZF, said the company would use Aeva's technology and experience in making car optical sensors to mass produce sensors tough enough for roads outside of test situations.

"'Automotive Grade' will become a quality seal, necessary for a solid business model of all autonomous vehicle software stack providers," he said.