Tesla CEO Elon Musk has already left behind Facebook CEO Mark Zuckerberg in the list of world's wealthiest persons.
By : Bloomberg
| Updated on: 07 Jan 2021, 08:49 AM 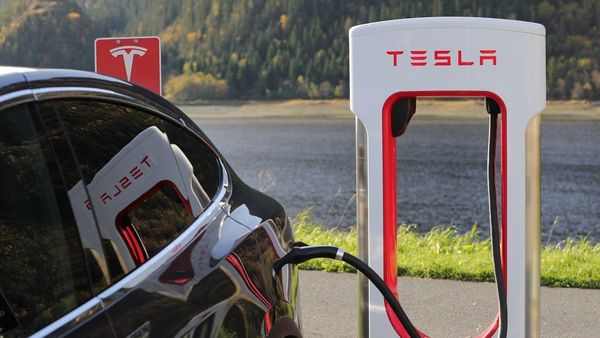 Shares of Tesla rose 4.8%, giving it a market capitalization of more than $730 billion. Facebook declined 2%, taking its valuation to roughly $756 billion.

Tesla currently stands as the sixth-largest stock in the S&P 500 in terms of its market capitalization. Apple Inc. is the largest, with a valuation of about $2.2 trillion, while Microsoft Corp., Amazon.com Inc., and Alphabet Inc. all have market caps above $1 trillion.

The Wednesday moves in Tesla and Facebook came after Democrats edged closer to taking control of the Senate, an outcome that was seen as supportive for electric-vehicle companies and a risk for tech given the prospect of new regulation. However, Tesla has been a strong performer for months, soaring more than 740% over the course of 2020.

Facebook rose more than 30% last year, but the stock remains down more than 12% from a peak hit in August.

In terms of S&P 500 stocks, Tesla is trailed by Berkshire Hathaway, which has a valuation of nearly $535 billion.