At a recent demonstration of its driving assist system “Eyesight”, Subaru said its goals for autonomous driving were modest versus bigger rivals, some of which aim for self-driving cars on city streets by 2025.
By : Reuters
| Updated on: 19 Jun 2017, 07:11 PM 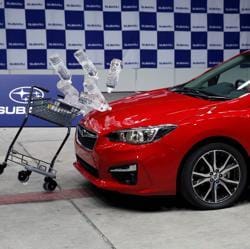 While major automakers race to develop driverless cars, Subaru is taking a slower approach, saying its vehicles may be less advanced than its rivals' by 2020 as autonomous features remain costly for the buyers of Japan's smallest carmaker.

Automakers such as Ford Motor Co, General Motors Co and Nissan Motor Co are increasingly looking beyond conventional vehicles to survive in an industry that is moving into electric and self-driving cars.

Smaller players are doing the same, but automakers like Subaru with limited research and development resources than their bigger rivals are showing caution in committing to advanced technologies on their own.

At a recent demonstration of its driving assist system "Eyesight", Subaru said its goals for autonomous driving were modest versus bigger rivals, some of which aim for self-driving cars on city streets by 2025.

"We're looking at how to develop (more advanced)capabilities, but we believe such functions will remain beyond the reach of Subaru customers," Tetsuo Onuki, chief general manager at Subaru's technical research centre, said last week in comments for publication on Monday.

"We're not aiming to develop driverless cars. What we're trying to do is make driving safer for people."

The automaker has said it will continue to develop automated functions on its own, tapping outside technology as needed. 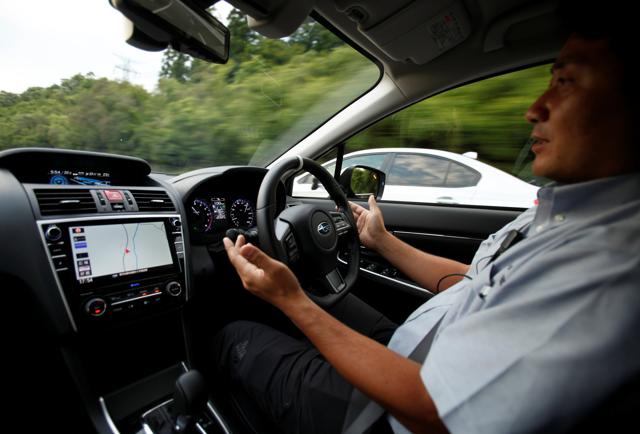 It has plans to start developing an all-battery electric car this year, but it will use technology developed by Toyota Motor in a plug-in hybrid model planned for release in 2018.

"The risk Subaru runs with tempering their ambitions is that, if the market wants (more sophisticated technologies) ... and they don't make it on their own, they'll have to buy it off the shelf from a supplier," CLSA analyst Chris Richter said.

He added that an increased dependence on suppliers would leave Subaru with less control over developing new technologies.

Other smaller Japanese automakers have also acknowledged the challenges of competing with bigger rivals on advanced technologies given their relatively limited budgets.

Mazda Motor Corp has yet to announce plans to develop self-driving cars, while it will draw on its partnership with Toyota to develop electric cars.

Mitsubishi Motors Corp has said its takeover by Nissan last year had given it access to Nissan's automated driving technology, something it had lacked the resources to pursue on its own.