Last week Mahindra & Mahindra said its board has rejected a proposal to inject any fresh equity into its loss-making South Korean arm SsangYong Motor Company.
By : HT Auto Desk
| Updated on: 13 Apr 2020, 11:16 AM 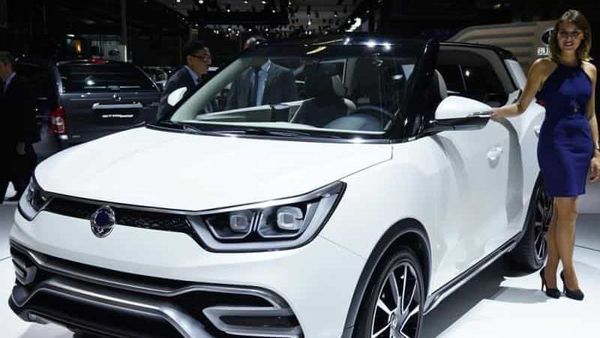 Ssangyong Motor has approved the use of a $32.86 million (around ₹251 crore) special fund raised by Mahindra & Mahindra, its biggest shareholder, to help ease liquidity concern amid cooling demand due to the coronavirus.

Ssangyong Motor in a statement said its board approved the use of the fund at a meeting on Friday, and that it will use it to resolve imminent liquidity issues and to relieve market concern.

Last week, Mahindra and Mahindra had scrapped a $423 million investment plan in its struggling South Korean unit as automakers save cash to ride out the coronavirus crisis.

Mahindra had acquired the loss-making South Korean carmaker SsangYong in 2010 but failed to turn it around since then despite several attempts. The Indian carmaker holds nearly 75 per cent in the Korean company now and has since invested over USD 110 million.

The Indian carmaker had said it would consider a special one-time infusion over the next three months to help SsangYong continue operating while it finds other sources of funding.

The decision was taken by the Mahindra board in a special meeting to review investment into Ssangyong Motor and at the same time to discuss the approach to capital allocation in light of the coronavirus impact.

The Mahindra board noted that large parts of the global economy are under shutdown and India particularly is under an unprecedented 21-day complete lockdown.

The board also initiated several measures to tighten capital allocation norms and ensure that Mahindra remains strong through the current crisis and beyond.