Home Auto News Soaring Prices Aside, India's Demand For Petrol And Diesel Bounces Back In June

Soaring prices aside, India's demand for petrol and diesel bounces back in June

Easing of restrictions imposed due to second wave of Covid-19 has helped demand for petrol and diesel rise in first half of June.Petrol and diesel prices have reached record levels across the country.Consumption in May had slumped to its lowest since August of 2020.
By : PTI
| Updated on: 16 Jun 2021, 06:10 PM 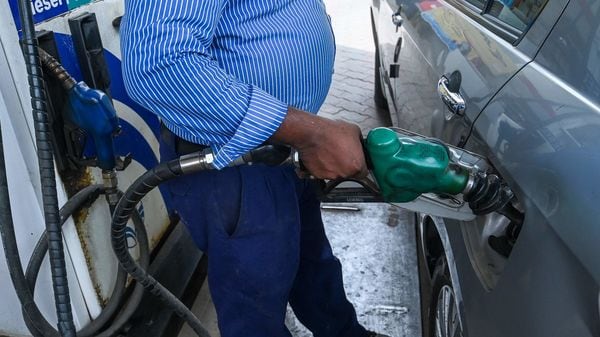 India's fuel demand rebounded in the first half of June as easing of coronavirus lockdowns helped sales but the consumption was still lower compared to last year.

While petrol sales rose by 13 per cent during June 1-15 over the same period of last month, diesel consumption was up 12 per cent, according to data compiled by state fuel retailers.

This is the first monthly increase since March.

Fuel demand had recovered to near-normal levels in March before the onset of the second wave of Covid-19 infections led to the reimposition of lockdowns in different states, stalling mobility and muting economic activity.

Consumption in May slumped to its lowest since August 2020.

With Covid case addition down 79 per cent since peak 5 weeks ago and vaccination pace picking up, state governments have continued rule relaxations at a relatively faster pace than in 2020.

Delhi has already announced the reopening of markets and malls for near-normal hours while restaurants can open at 50 per cent capacity. Maharashtra government allowed malls to open in Pune.

Significant relaxations in South including TN allowing non-essential shops to open from this week. Barring any unforeseen Covid rebound, economic activity is expected to improve in the weeks ahead.

Consumption of LPG, the only fuel which showed growth even during the first lockdown because of free supplies by the government to the poor, was down 1.3 per cent at 1.1 million tonnes month-on-month but was 14.6 per cent higher than last year rand 2.19 per cent more than June 2019.

With airlines yet to resume full scale operations because of travel restrictions around the globe, jet fuel sales at 107,400 tonnes was down 17.4 per cent month-on-month but 13.2 per cent higher than June of 2020. It was 65.5 per cent lower than June 2019 sales.