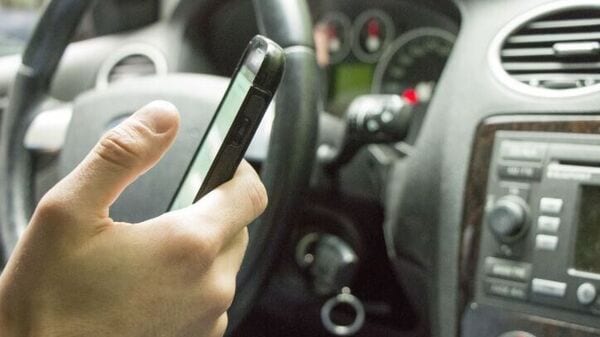 A selfie when driving down UK roads can invite a heavy penalty as the country's Highway Code has received a set of updates which make use of smartphones in moving vehicles a strict no. Among the restrictions for drivers in a moving vehicle are taking photos or making videos, scrolling through music or  even playing games.

Reports in the UK media cite a new research which has found that nearly 1.80 million  motorists make use of their phones while on the country's highways. This has the potential of causing accidents and crashes, and hence the Highway Codes have been updated.

The number of road cameras monitoring motorists on UK's highway are also being increased in order to check on any driver who may be flouting rules and regulations. Penalties would be automatically generated in such instances. A report in The Mirror states that these cameras are equipped with artificial intelligence which would allow for instant photos of erring motorists, recognition of their identity and subsequent issuance of penalty.

Till thus far, rules related to use of mobile phones while driving was only enforced by on-ground police personnel. And while it was already against the law to text and call using hand-held devices while on the move, the use-case scenarios have now been widened.