NITI Aayog member V K Saraswat noted that though India has a capacity to do R&D and come up with its own designs for the hyperloop, it could take a lot of time.The Virgin Hyperloop is one among a handful of companies that are currently trying to build an ultrahigh-speed urban mobility system.
By : HT Auto Desk
| Updated on: 14 Nov 2021, 12:41 PM 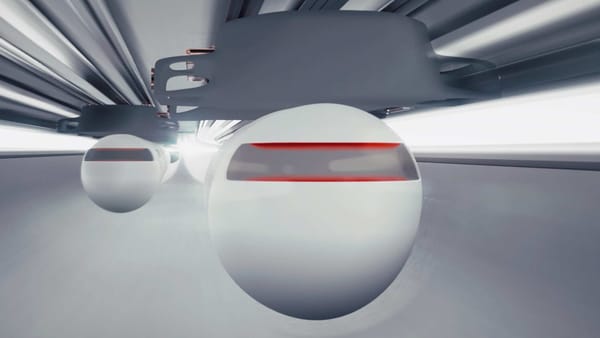 Virgin Hyperloop is hurtling towards becoming a reality for a new-age transport option for masses.

The ultrahigh-speed urban mobility solution - such as Virgin Hyperloop - could be the next big revolution in mobility, and its development is inching closer to reality. Government think tank NITI Aayog believes that the foreign companies should be allowed to set up demonstration lines of the new-age transport technology in the country so that its feasibility can be studied.

NITI Aayog member V K Saraswat, who is heading a committee to explore the technological and commercial viability of the hyperloop technology, told PTI that country should also constitute a regulatory mechanism so monitor its safety parameter.

The expert committee members have come up with two ways of commercializing the hyperloop network in the country and studying its viability. One is to allow foreign companies to show demonstrations while another way is, in parallel, to do serious R&D in this particular area.

He noted that though India has a capacity to do R&D and come up with its own designs for the hyperloop, it could take a lot of time. Thus, Saraswat said that if foreign companies want to set up a demonstration line in say Maharashtra or Karnataka, they should be given permission.

The Virgin Hyperloop is one among a handful of companies that are currently trying to build an ultrahigh-speed urban mobility system for passenger travel. The first-ever human trial run of Virgin Hyperloop was conducted on November 9, 2020, on a 500-metre track in Las Vegas, US. Two passengers, both company staff, reached 107 mph (172 km per hour) in 15 seconds. "Hyperloop is a high-speed train, running in vacuum in a tube," said Saraswat. It can travel at speeds of 100 mph or 161 kmph.

Maharashtra has already deemed hyperloop as a public infrastructure exercise and has approved the Virgin Hyperloop-DP World Consortium as the original project proponent for the Mumbai-Pune hyperloop project.