Currently, the portal gives in-principle approval for loans of up to Rs 1 crore to micro, small and medium enterprises (MSMEs) in just 59 minutes or less than an hour.
By : New Delhi
| Updated on: 20 Aug 2019, 10:48 PM 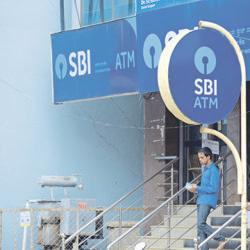 Some of the banks including State Bank of India, Union Bank of India, and Corporation Bank decided to extend in-principle approval to loans of up to Rs 5 crore through the portal.

Public sector banks are gearing up to introduce retail products, including housing and auto loans, on 'psbloansin59minutes' portal with a view to expand their retail loan business.

Currently, the portal gives in-principle approval for loans of up to ₹1 crore to micro, small and medium enterprises (MSMEs) in just 59 minutes or less than an hour.

However, some of the banks including State Bank of India, Union Bank of India, and Corporation Bank decided to extend in-principle approval to loans of up to ₹5 crore through the portal.

Bank of India is now planning to onboard some of the retail products on the portal for easier access to loan products.

The bank is working on this and home and auto loan will be onboarded on the portal going forward, Bank of India General Manager Salil Kumar Swain told PTI.

IOB has been actively participating on the portal for sanction of MSME loans and the bank has achieved a remarkable improvement in sanctioning of loans, as the number of cases and amount sanctioned shows a manifold increase since its inception, the bank said in a statement last week.

"As the scheme has drawn healthy response from the borrowers, bank is in the process of extending in-principle sanction for loans up to ₹5 crores under MSME. In due course of time, bank will also offer retail products (housing loan & personal loan) under this platform," it said.

The platform has helped in expediting loan disbursement and bringing ease in banking process by saving time for both bankers and customers, a senior official of another public sector bank said.

If other products are introduced on the platform, it will help expand the retail business of the bank and also bring down the transaction cost, the officer said.

The platform has helped reduce turnaround time for loan processes in such a way that MSMEs get an eligibility letter and in-principle approval in 59 minutes and can choose the bank of their choice. After the approval letter is received, the loan is expected to be disbursed in 7-8 working days.

Touted as country's largest online lending platform, the portal was launched by Prime Minister Narendra Modi in November 2018 with an aim to make credit access and banking for MSMEs transparent and hassle-free.

The portal sanctioned loans worth over ₹35,000 crore in less than four months from its launch.