The patent war between the two brands is not new. It began in 2014, when Piaggio took legal action, considering that four of its patents were unduly used by its rival Peugeot, owned by Mahindra.
By : HT Auto Desk
| Written By : Sabyasachi Dasgupta
| Updated on: 30 Sep 2021, 05:11 PM 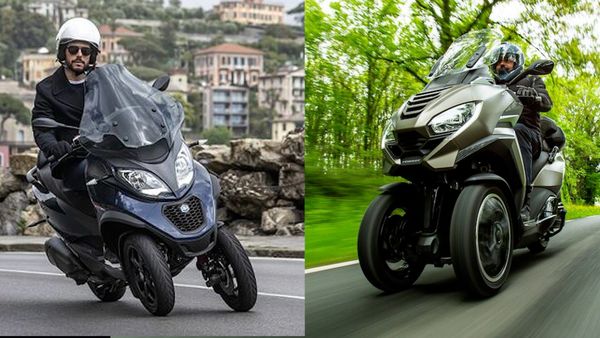 Peugeot, owned by Indian vehicle manufacturer Mahindra, has lost a legal battle for patent on technology with Italian rival scooter company Piaggio. Peugeot Motorcycles has been fined for infringing a European patent owned by Piaggio, after it lost two lawsuits in France and Italy.

The French court has ordered Peugeot to pay 1.5 million euros in damages and to cease the marketing of scooters using the patent concerned. The Italian court has also put a ban on marketing and has added a penalty of 6,000 euros for each unit sold. It has said that Peugeot Motocycles must also withdraw all counterfeit vehicles from sale in Italy within 90 days.

The patent relates to the control system that enables a three-wheel vehicle to tilt sideways like a conventional motorcycle.

Peugeot has said that it will appeal against the order of the two courts and that it will continue to sell Metropolis, its three-wheel scooter - in France. Costantino Sambuy, president of Peugeot Motocycles, said, “Our position is firm: the articulation system of the Metropolis is absolutely different from that of Piaggio."

The patent war between the two brands is not new. It began in 2014, when Piaggio took legal action, considering that four of its patents were unduly used by its French competitor. Unsuccessful for three of them, Piaggio won for the fourth.

Peugeot Motocycles has its share of crisis in recent times. The company manufactures several models, including the Metropolis, at its Mandeure plant in Doubs, The Metropolis three-wheel scooter is one of its flagship models has a market share of around 20 per cent in France, far behind Piaggio's MP3 model.

In the last five years, Piaggio has won more than 50 lawsuits to protect their models, especially Vespa. Last year, it won a copyright battle against a two-wheeler manufacturer in China for copying the Vespa model. The Chinese brand showcased its model at the EICMA 2019 two-wheeler show in Milan, but were removed by the authorities after a complaint was lodged by Piaggio.