One area Tavares will be able to use to the combined company's advantage is that PSA's underlying vehicle architecture is more modern and flexible than FCA's giving it an edge ahead of stringent new emissions rules in 2021.
By : Reuters
| Updated on: 19 Dec 2019, 11:19 AM 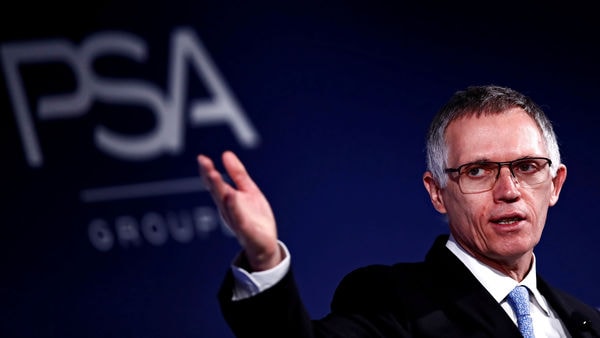 FILE PHOTO: Carlos Tavares, Chief Executive Officer and Chairman of the Managing Board of PSA Group, attends a news conference to announce the company's 2018 results at their headquarters in Rueil-Malmaison, near Paris, France, February 26, 2019. REUTERS/Christian Hartmann/File Photo

With a track record of streamlining Peugeot's portfolio of vehicles, engines and platforms and offering generous layoffs Carlos Tavares has a ready-made manual for combining France's most profitable carmaker with Fiat Chrysler (FCA).

FCA, which is merging with Peugeot owner PSA in a $50 billion combination, has so far failed to reach sustainable profitability for its small passenger car business in Europe, something which Tavares found a successful formula for at Opel and Peugeot, which are both heavily exposed to the segment.

Before Tavares took on Peugeot in 2014 it was loss-making, requiring a capital injection from the French state, while Opel, which it bought from General Motors in 2017, had racked up losses of 20 billion euros ($22 billion) in the previous decade.

By the first half of 2019, after Tavares and his team went to work cutting complexity, Opel made a 700 million euro profit.

"The key element of this deal – the very fulcrum – is Carlos Tavares. He's been talking about the assets and attractions of FCA for at least 4 years," said Bernstein analyst Max Warburton.

"He's long coveted the profit potential of Jeep and RAM. He's long pondered the potential of FCA's European brands and business," Warburton added after the FCA-PSA deal was finalised.

Tavares success came partly from streamlining the model line-up, the company is phasing out the Peugeot 208 GTi, 308 GT, as well as the Opel Adam, Cascada and Karl models, and moving all new vehicles to PSA's CMP or EMP-2 car platforms.

This contrasted with General Motors, which built Opel and Vauxhall cars and vans on nine different platforms.

One area Tavares will be able to use to the combined company's advantage is that PSA's underlying vehicle architecture is more modern and flexible than FCA's giving it an edge ahead of stringent new emissions rules in 2021.

By next year, CO2 must be cut to 95 grammes per kilometre for 95% of cars from the current 120.5 grammes average in Europe, a figure that has risen of late as consumers spurn fuel-efficient diesels and embrace SUVs.

Even by the time PSA bought Opel in August 2017, Tavares had cut about 3,000 French assembly line jobs at PSA each year through voluntary departures to trim the wage bill to 11% of revenue from 15%.

Tavares also publicly stoked competition among Peugeot and former Opel factories to bring down costs and raise quality, successfully playing off workers to achieve his targets.