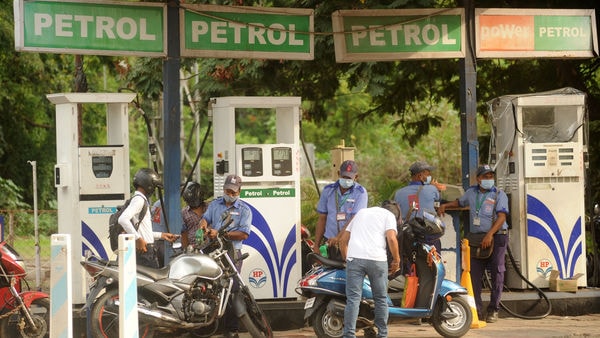 Petrol and diesel prices have received the second hike this week today as oil companies revised the prices after a gap of two days. The fresh hike has taken petrol price in Mumbai to almost ₹101 per litre. Last weekend, petrol price had hit the three-figure mark in Mumbai for the first time in history.

According to a statement released by the Indian Oil Corporation (IOC), the price of petrol has been increased by 27 paise per litre, while diesel price was raised by 28 paise per litre.

The latest hike is the 18th since price revision resumed after a 18-day hiatus on May 4.

The recent spate of fuel price hike began a day after assembly elections culminated in five states earlier last month. Since then, petrol price has already crossed the ₹100-mark in several cities in Madhya Pradesh, Maharashtra and Rajasthan.

The month of May has seen one of the steepest hikes in fuel prices across India. In all, the price of petrol and diesel were hiked 16 times in the entire month which led the price of petrol to go up by ₹3.83 per litre, while diesel price saw an overall hike of ₹4.42 per litre.

India has already seen two fuel price hikes within the first four days this month. It is likely that the trend of spiralling fuel price will continue in coming days as well.

The price revisions are decided by the state-owned oil companies like the IOC, Bharat Petroleum (BPL) and Hindustan Petroleum (HPCL) after the government deregulated the pricing of petrol in 2010 and diesel in 2014.. They revisions are usually based on the global crude oil prices and changes in the foreign exchange rates.