Home Auto News Get Set To Pay Even More For Petrol, Diesel As Price Jump Looms On Horizon

Get set to pay even more for petrol, diesel as price jump looms on horizon

Petrol and diesel prices may be hiked by as much as ₹12 per litre in the days to come.Rate of international crude oil has seen a significant jump in recent weeks.
By : HT Auto Desk
| Updated on: 09 Mar 2022, 08:59 AM 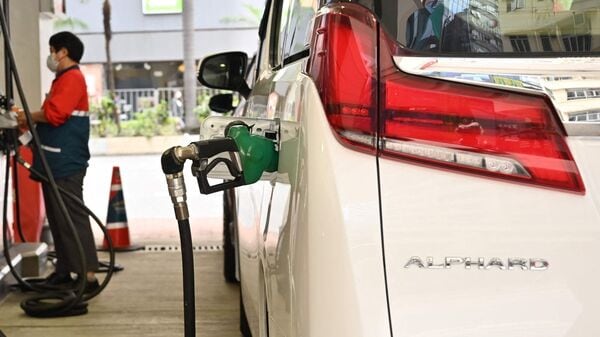 Fuel rates in India have remained as is over the past several months, even if the rates are still significantly higher than ever before. (File photo)

Today would be a good day to tank up your vehicle because numerous reports and indications suggest petrol and diesel prices may witness a sharp hike Tuesday onwards. While petrol and diesel rates have remained as in the past four months in view of the state elections in Uttar Pradesh, Punjab, Uttarakhand, Goa and Manipur, these rates may now see a sharp northward trajectory because of the skyrocketing prices of crude oil in the international markets.

In recent weeks, oil marketing companies have been bearing the brunt of surging crude prices in the international markets due primarily to the Russia-Ukraine conflict. And because domestic fuel rates have remained as is, the pain for OMCs have been severe. A report by ICICI securities says that petrol and diesel rates have to be increased by more than ₹12 a litre for OMCs to break-even. With elections over on Monday and the result to be announced Thursday, the fuel rates are likely to be hiked now. “With state elections getting over next week, we expect daily fuel price hikes to restart across both gasoline and diesel. Pump prices have been unchanged since November," JP Morgan had reportedly stated last week.

Brent rose to nearly $130 a barrel recently, up from around $77 at the start of the year. Since India imports a large part of its domestic requirement for fuel, the changes in these rates have a deep impact on rates within the country. But add to that are a series of central and state taxes and levies which form a bulk of what is eventually charged to a customer.

Petrol and diesel rates remain at significantly high levels in India with a litre of petrol in Delhi costing a ₹95.41. A lire of diesel is at ₹86.67. In other major metropolitan cities of Mumbai, Kolkata and Chennai, a litre of petrol is well into the three-digit mark and the expected hike could further push the figures.