Delhi transport minister Kailash Gahlot has said that nearly 90 per cent of buses now ply in their dedicated bus lanes.
By : HT Auto Desk
| Updated on: 17 Jul 2022, 10:41 AM 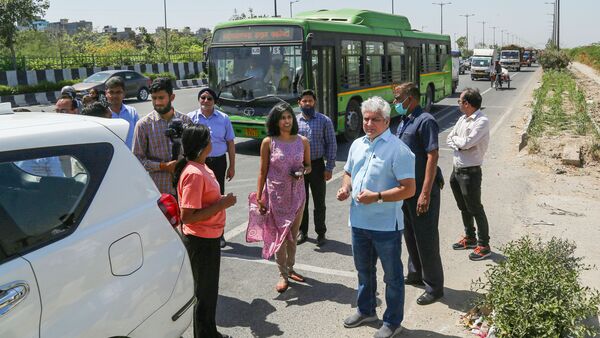 As many as 545 vehicles have been towed in Delhi for improper parking in the bus lanes till July 15, the national capital's transport minister Kailash Gahlot said. The bus lane enforcement drive was kicked off on April 1. During this period, more than 50,000 no parking challans were issued against those who violated the rules and 1,810 challans were issued against bus drivers - including 713 cluster, 939 DTC and 158 other buses.

The minister also shared that after about four months of implementation of the bus lane drive, nearly 90 per cent of buses now ply in their dedicated bus lanes. He added that officials have been directed to open adequate numbers of enquiry counters and ensure public hygiene at both seating and utility areas for maximum passenger convenience. "Our effort will be to modernise infrastructure and facilities at the terminals to make it world class soon," Gahlot said.

(Also read | Diesel autos to be phased out in Delhi NCR by 2026, says air pollution  policy)

Transport officials and terminal management team was directed to ensure smooth movement of buses at entry and exit to avoid long bus queues inside the ISBT.

In a separate development, earlier this month, Delhi Transport Department has given 30 motorcycles and 10 Toyota Innova Crysta cars to its enforcement departments so bas to enhance their functionality. With these vehicles, the enforcement department people will be able to reach areas with heavy traffic quickly and pursue violators trying to escape and evade fine, department officials told PTI.

The enforcement teams of the Delhi Transport department are deployed on the field to prevent violations of Motor Vehicle Act-related provisions.