Oil’s remarkable rebound from a year of catastrophe

Futures rallied to a one-year high above $60 a barrel in London on Monday as Chinese consumption surpasses pre-virus levels, the vaccine rollout restores confidence, and the OPEC cartel and its allies keep a tight leash on supply.
By : Bloomberg
| Updated on: 08 Feb 2021, 03:00 PM 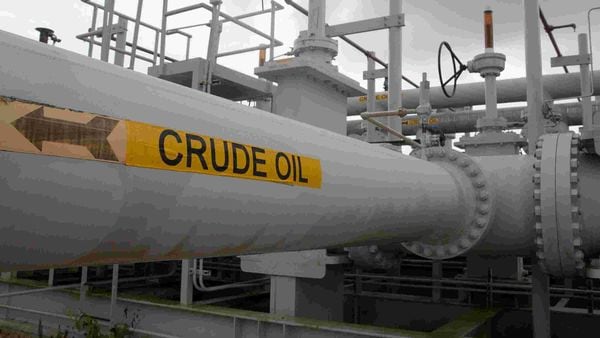 The crisis triggered by the deadly coronavirus was the worst the petroleum industry has ever seen.

One year after the first glimmers of the catastrophe awaiting global oil markets -- from deserted Chinese cities to grounded jets -- crude is staging a remarkable turnaround.

The crisis triggered by the deadly coronavirus was the worst the petroleum industry has ever seen. Fuel demand crashed by a fifth, prices slumped below zero, producers fought viciously over customers, and more than a billion surplus barrels poured into storage tanks around the world.

Yet oil’s emergence from the calamity has been stark.

Futures rallied to a one-year high above $60 a barrel in London on Monday as Chinese consumption surpasses pre-virus levels, the vaccine rollout restores confidence, and the OPEC cartel and its allies keep a tight leash on supply.

With western economies still pounded by a high death toll and lockdowns, demand for transport fuels -- particularly in aviation -- remains depressed. But it’s roaring for the petroleum products that cater to a society working and consuming at home -- ones that power ships, make plastics, and fire up space heaters.

“The recovery is proceeding at a faster rate than people perceived," said Ed Morse, head of commodities research at Citigroup Inc. “The demand recovery is going to look stellar. The inventory draw is significantly greater than what many people thought."

The sudden reversal is a salve for an array of producers. It’s offering supermajors like Exxon Mobil Corp. and BP Plc a glimmer of hope after a grueling year. For countries like Iraq and Angola, which have sought aid from the International Monetary Fund to quell economic crises, it’s a lifeline. Even wealthier exporters like Saudi Arabia consider the extra revenue crucial.

The strongest sign of the recovery is one of the most esoteric -- a price structure known as backwardation. Near-term futures contracts have built up a sizable premium relative to later months, indicating immediate supplies are tightening fast.

One gauge watched closely by crude traders -- the difference between contracts based on North Sea Brent crude settling in December versus those a year later -- has surged to a two-year high of $2.84 a barrel.

That’s a signal for refiners to dig into the huge stockpiles that built up during the worst of last year’s demand slump. These inventories are plunging everywhere, from major depots in the U.S., China and the United Arab Emirates to the tanker fleet once commandeered to house spare barrels at sea.

Global inventories have declined by about 300 million barrels since the Organization of Petroleum Exporting Countries and its partners made deep production cuts in May, the International Energy Agency estimates.

The cartel projects that it will deplete another 82 million barrels this quarter, pushing stockpiles in industrialized nations down to their five-year average by August. Bloated inventories weigh on oil prices, so eliminating the overhang could pave the way for a further recovery.

“We are drawing stocks," said Ben Luckock, co-head of oil trading at Trafigura Group in Geneva. Prices have recovered well and “can seriously perform come summer both in crude and in products."

One of the forces driving this rapid turnaround is the rebound in oil consumption, particularly in Asia.

“Not only did China have a V-shaped recovery but they’re actually back into significant growth mode," Royal Dutch Shell Plc Chief Executive Officer Ben van Beurden said in a Bloomberg television interview last week. “We are quite optimistic about what it is that we are seeing in China."

In India, fuel consumption has inched back toward normal levels as the spread of the coronavirus prompted the use of more cooking fuel and gasoline. Overall, the nation’s oil-product demand in December was 1.4% lower than year-ago levels, provisional data from its oil ministry showed.

Asia’s resilience is only part of oil’s comeback. It’s being amplified by less obvious sources of strength that can be summed up as freight, chemicals, and cold.

Consumers are diverting spending from holidays and restaurant meals toward deliveries of physical goods. That entails shipping box-loads of stuff across the planet, which is spurring demand for diesel to power ships, trucks and freight trains.

United Parcel Service Inc., the courier whose biggest customer is Amazon.com Inc., said it observed a seasonal peak almost without parallel. Profits from making diesel in the U.S. are at a nine-month high of about $15 a barrel.

“Diesel has been the standout," said Citigroup’s Morse. “In a lot of parts of the world, trucking demand went up -- and that’s part and parcel of the pandemic, where people stop shopping at retail stores and start shopping at home."

The e-commerce boom is lifting other hydrocarbons as well. The packaging needed for all those deliveries is boosting demand for naphtha, used in plastics. Typically trading at a discount to Brent crude, the oil product is at a rare premium of 30 cents a barrel -- the strongest in seasonal terms in at least five years, according to DV Trading.

Then there’s exceptionally cold weather this winter, which inflicted freezing temperatures on Asia and one of the worst snow storms to ever hit New York City.

The chill boosted global oil demand by 1 million barrels a day, as soaring prices of natural gas prompted the switch to diesel generators for power, according to Goldman Sachs Group Inc. It also stirred purchases of propane, used in the heaters that became ubiquitous outside bars and restaurants in parts of the U.S. where indoor dining was discouraged.

In many ways the market is healing, but it’s not fully recovered.

Global oil consumption is still down about 5% to 7% from a year ago, Shell’s van Beurden said. Most of that is due to the ongoing loss in jet fuel demand, with air passenger traffic 70% below year-ago levels as of December, according to the International Air Transport Association.

Even Chinese consumption faces headwinds, as resurgent infections force new lockdowns, and the government discourages the travel usually seen during the Lunar New Year. Glitches with the worldwide roll-out of vaccines, and the risk of more dangerous virus mutations, is compounding fears of another market relapse.

Yet those concerns have largely been offset by the other big factor in the market’s rehabilitation: massive reductions in supply undertaken by the 23-nation alliance of producers known as OPEC+.

The cartel’s initial response to the coronavirus made the oil-market crisis worse. In March last year, Saudi Arabia and Russia had a bitter disagreement and for several weeks waged a brutal price war. But when the toll on demand became clear, they reunited and slashed production by an unprecedented 10 million barrels a day, or about 10% of global supplies.

OPEC+ returned a portion of that oil to the market in August, but right now it’s clearly focused on speeding up the elimination of the stockpile surplus. The group will continue to idle about 7 million barrels a day for another two months, before considering whether to gradually ease the cuts. Meanwhile, the Saudis are making an extra 1 million-barrel-a-day reduction in February and March to spur the recovery.