Home Auto News Mechanic, 90, Retires From Car Brand After 75 Years On The Job

Mechanic, 90, retires from car brand after 75 years on the job

Bryan Webb went to Vauxhall in 1946 to ask if they had any jobs and then joined as an apprentice. After working as a mechanic and foreman, he also worked as a warranty administrator in the company.
By : HT Auto Desk
| Updated on: 29 Oct 2021, 01:28 PM 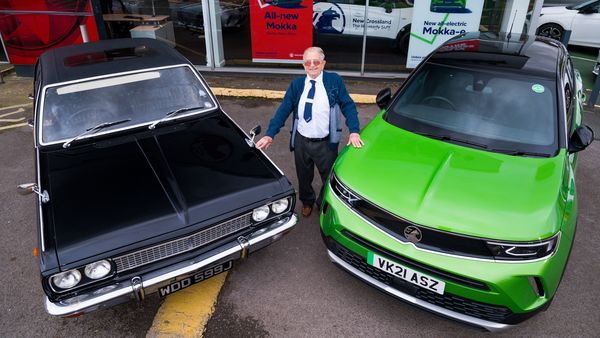 The world had just emerged from the deadliest war ever on the planet. Man was still around two decades away from landing on the Moon. India was still a British colony and computer hard disks were an alien concept. The year was 1946 when times - and cars - were far simpler than today. It was also the year when a young Bryan Webb walked into the Vauxhall office in the UK to inquire about employment opportunities. Fast forward to 2021 and Webb finally parted ways and entered retired life after more than seven decades of service - first as a mechanic and then as an administrator.

Webb joined as an apprentice before going on to manage other roles and eventually settle as a warranty administrator. He was promoted to a foreman position after being a mechanic in the 1950s. He said that he mainly managed workshop control and took care of trucks and cars. Webb also conveyed that how in the early days, it was a tough job to wash engines in the cold but as time changed, cars changed too and now when one opens an engine it is mostly clean compared to the muck it held inside earlier. Third from the left, Webb joined as an apprentice in 1946. (Twitter/Vauxhall)

Webb also shared that when he turned 65, he agreed to stay with the organisation for a couple of years that slowly stretched to 25 years. The 90-year-old mechanic reportedly said that he carried on working for this long because it kept him young. "I always thought if you kept working it kept you young. If you work it keeps you going, it gets you up in the morning to get out," he reportedly said.

Though Webb said that he will miss work, he is looking forward to his cup of tea and afternoon siesta. His colleagues gifted him a ceremonial spanner as a parting gesture. Local branch director Julian Bawdon reportedly mentioned that when he joined in 2008, he answered Webb's question of how long can he carry on with as long as he can do the job, he can stay. Referring to the nonagenarian's personality as bright as a button, the director said that he will be missed.