The Competition Commission of India has stated it found Maruti Suzuki India Ltd had an agreement with it dealers under which these dealers were restrained from offering any discounts in addition to those already prescribed by the car company.
By : PTI
| Updated on: 24 Aug 2021, 09:50 AM 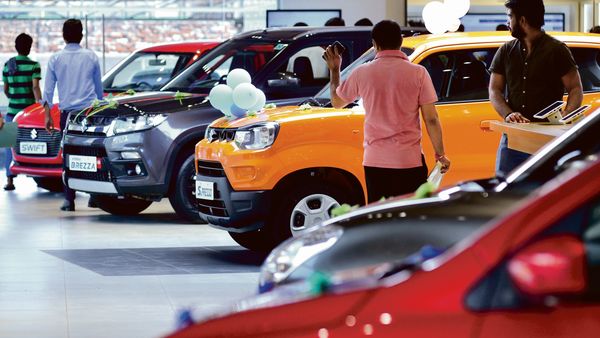 The country's largest carmaker Maruti Suzuki India Ltd (MSIL) has said it is examining and will "take appropriate actions under law" with regards to an order by the CCI that imposed ₹200 crore penalty on it for indulging in anti-competitive conduct and restricting discounts by its dealers.

The Competition Commission of India (CCI) in a statement on Monday stated that it found that "MSIL had an agreement with its dealers whereby the dealers were restrained from offering discounts to the customers beyond those prescribed by MSIL". "In other words, MSIL had a 'Discount Control Policy' in place for its dealers whereby the dealers were discouraged from giving extra discounts, freebies, etc. to the consumers beyond what were permitted by MSIL," it added. Accordingly, the CCI said it has "imposed a penalty of ₹200 crore upon MSIL, besides passing a cease-and-desist order".

Reacting to the order, a spokesperson of MSIL said, "We have seen the order dated 23 August 2021 published by the Competition Commission of India. We are examining the order and will take appropriate actions under law." The spokesperson further said, "MSIL has always worked in the best interests of consumers and will continue to do so in the future."

According to the CCI, if a dealer wanted to offer additional discounts, prior approval of MSIL was mandatory. "Any dealer found violating such Discount Control Policy was threatened with imposition of penalty, not only upon the dealership, but also upon its individual persons, including Direct Sales Executive, Regional Manager, Showroom Manager, Team Leader etc," the CCI said in a statement.

The competition regulator also said to enforce the Discount Control Policy, "MSIL appointed Mystery Shopping Agencies ('MSAs') who used to pose as customers to MSIL dealerships to find out if any additional discounts were being offered to customers".

The CCI found that MSIL not only imposed the 'Discount Control Policy' on its dealers, but "also monitored and enforced the same by monitoring dealers through MSAs, imposing penalties on them and threatening strict action like stoppage of supply, collecting and recovering penalty, and utilisation of the same". "Hence, such conduct of MSIL which resulted in appreciable adverse effect on competition within India...," it said adding such acts were in contravention of provisions in the Competition Act, 2002.