Maruti Suzuki was the only major carmaker to see a rise in sales, albeit marginally, as most auto majors witnessed slump in January.
By : IANS
| Updated on: 03 Feb 2020, 08:57 AM 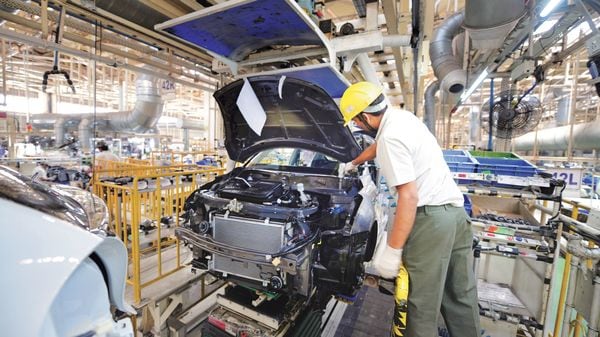 On Saturday, automobile major Maruti Suzuki India reported that sales, which included exports and off-take by other OEMs, grew by just 1.6 per cent to 154,123 vehicle in January against 151,721 during the year-ago month. Similarly, the company's domestic sales, including those made to other OEMs, increased by 1.7 per cent year-on-year to 144,499 units.

The automobile major's exports inched up by 0.6 per cent to 9,624 vehicles against 9,571 shipped out during the year-ago month.

"With increasing buying interest, particularly among fleet owners, the M&HCV sale in January was second highest in last seven months. In small commercial vehicles, the buying interest continued to be better than other segments resulting in 2 per cent YoY growth," Wagh said.

"Our performance in January has been relatively muted as part of our strategy to start ramping down BS 4 vehicles and move to BS 6 norms," said Veejay Ram Nakra, Chief of Sales and Marketing, M&M Automotive Division.

"We have also started rolling out first batch of BS 6 vehicles with the XUV300, which has been well received," Nakra said.

According to Sridhar V., Grant Thornton India Partner, performance continues to be muted across all OEMs of passenger vehicles and the largest player has shown slight growth overall backed up by new introductions in the small and compact segment, which has been its strength. "Phasing out of BS 4 and introduction of BS 6 is in full swing," he said.